On a visit to a public hospital—fortunately for me, not to address a malady, but to indulge my curiosity—there were all the insalubrious aspects that I had been conditioned to expect of India’s healthcare infrastructure for the masses: dilapidated and dingy equipment, undercared for facilities, and a goodly number of disengaged health providers who had to be chased from pillar to post to get anything done.

But something else surprised me more. There were sections of the facilities that were unused, even cordoned off, sometimes because they were allegedly awaiting refurbishment, or sometimes because some authority had not yet sanctioned their opening. Usually, “awaiting" and “not yet" meant months, not just a day or a week here or there. 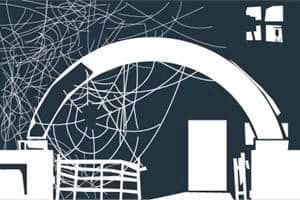 In Bangalore, heart surgeon Devi Shetty, with unalloyed frustration, told me that examples of under-utilized public infrastructure abound in healthcare as well. In a country with a massive nursing shortage, apparently regulations do not allow existing hospitals to be used as training grounds for nursing. Nurses who graduate from institutes that teach primarily from textbooks lack the practical experience to perform on the job immediately. Then, why not develop the necessary protocols to use hospital infrastructure (especially if it is itself underutilized) to provide aspiring nurses with practical training? Remember that a good nurse can help a doctor or a surgeon become that much more effective. Our need for medical personnel, of all sorts, is dire and only going to become more acute as time passes.

Of course, we can do a lot better than accept this gross waste in public infrastructure. Some worthy entrepreneurs have done just this in numerous ways.

Consider Teach for India, modelled on the two decade old Teach for America experiment. It places talented volunteers on year or more long internships to teach in typically underperforming needy schools in India. I took my two Boston-schooled children, aged 11 and 9, to a school near Dharavi a few weeks ago, where they participated in a V-grade class (where the ages of the students ranged from 10 to 15). They took to it like fish to water, and the less-fortunate kids in the class embraced them easily. I realized that my jaded senses were more attuned to the stereotypes of poverty; the kids couldn’t have cared less. Clearly the class was much better as a result of the Teach for India volunteer, an impressive young lady who had stepped away from a dynamic corporate career. So, her presence ensured that the existing classroom was being used much better than it had been before.

I learnt recently, in another example, that the municipal authorities in Mumbai are now willing to consider opening charter schools in pre-existing, underutilized school buildings. That is terrific news. This nascent charter school experiment would do well to consider how it fits into the local educational landscape, and to share what it learns generously with others in the community. I can’t imagine that either the Teach for India effort or the charter school experiment will meet with unbridled enthusiasm from all the existing educators. But the public and regulators should have the courage to stare down those whose who resist experimentation and change, and the foresight to help those supportive of renewed experimentation.

Omidyar Network-backed Aspiring Minds, India’s largest employability assessment company, is working to give better access to first-rate jobs to graduates of thousands of India’s lesser-known colleges, ensuring a more level playing field for talent. Indirectly, this improves the value of college and school infrastructure, by ensuring that the talent nurtured there is better served. (Disclosure: I am a founding investor in Aspiring Minds.)

Shetty, whose Narayana Hrudayalaya Hospitals perform heart surgery at a considerable discount for some of India’s most impoverished patients, found that he had to do a lot more than heart surgery to make his effort viable—for example, work with government officials to establish a medical code of conduct, with grassroots organizations to encourage people who often can’t afford healthcare to even consider medical treatment, and, to pioneer health insurance. This last bit is where he had to use existing capacity well. Working with the Karnataka state government, he pioneered an insurance scheme that was made more affordable partly by using underutilized hospital space across the state. Subscribers to the scheme—for example, members of rural cooperatives—pay nominal amounts and gain access to tertiary care across a network of hospitals. So here again, existing capacity that was lying unused was brought back into the mainstream by a simple financial innovation.

As we know from several recent reports discussed in the press, there is a privatization of health and education going on. Unsurprisingly, the failure of the state has caused the private sector—in both its for-profit and not-for-profit garbs—to step in and partially compensate. Indeed, while the state gets its act together—witness Union minister for human resource development Kapil Sibal’s desire to build new universities for example—it’s heartening to see private actors and civil society step in, whether the efforts by corporate hospital chains to expand across the country, or that of private education foundations such as those created by Azim Premji and Shiv Nadar among others. But it’s worth keeping in mind that upgrading existing infrastructure might have a comparable, or better, return on investment than building new capacity.