Where is RBI’s focus?

In the cacophony of voices from the private sector and the pressures of politics, the Reserve Bank of India (RBI) seems to have forgotten that there is more to its annual monetary and credit policy than a decision to cut or not to cut policy rates.

As a monetary policy strategy, distinct from a policy stance, the recent 50 basis points reduction in the repo rate can be understood, if not justified. But what can’t be understood is the complete silence in this policy (and the January review) on to the emerging stress in the banking sector.

It is time RBI reminded itself that it is not only a monetary authority but also a regulator and supervisor of the financial system. 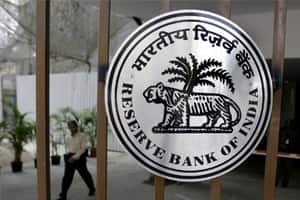 Consider what RBI has to say in its own report published less than four months ago, since then things having only worsened.

As it turns out, the NPA situation is actually much worse, if two other aspects are considered; first is the restructured assets, which are unlikely to turn around in a slow growth year. It may be recalled that all these were restructured for macroeconomic environment reasons. Those have not improved. If anything, they have become adverse. So there is a much higher probability for them to slip into the stressed asset mode.

Indeed, the latest estimates of Crisil forecast the amount of loans to be restructured in 2012-13 to cross ₹ 2 trillion. These will be concentrated in sectors such as power, aviation, construction, steel, textiles and telecom infrastructure. The gross NPA figure of about 3% includes recoveries. If the figure is taken net of recoveries, as it should be to estimate the fresh slippage, the system is closer to 5%. So all told, the system-wide stressed assets are closer to 8%. This is truly alarming.

Now, add to this the fact that most of the public sector banks are running low on capital. It is not entirely clear how and when the Union government will contribute capital. The rising NPAs will bring down the capital adequacy and impair the bank’s capacity and confidence to lend.

RBI may like to hide all this under the garb of an adequate overall sector-wide capital adequacy ratio (CAR) of 14%. This is neither correct nor sustainable. The average figure is very misleading here. Indeed, it has no meaning because the distribution is very skewed in favour of private banks, something that gives a high average CAR.

An analysis of the earning quality shows a serious and growing disconnect between the reporting earnings and underlying earnings. The balance sheets of all banks in 2012 are weaker than in 2008. The banking sector as a whole today is less liquid, less profitable, less stable, less sound and with poorer asset quality as compared with 2008 and the recent past.

All these facts should have alerted RBI to focus on tightening prudential norms. Had RBI chosen to follow an easier monetary policy, along with tighter prudential norms, it would have ensured better utilization of credit along with greater strength to face deterioration in asset quality, which is almost certain. That it hasn’t done so will cost the economy dear.