The new chairman of the Press Council of India (PCI), Markandey Katju, is an outspoken individual. He has sought more powers for PCI, even as he has clearly stated that he has a poor opinion of the Indian press.

This has been criticized by the Editors Guild of India.

In a recent interview, Katju responded to a question on how he estimated the Indian press by saying, “Yes, the general rut is very low and I have a poor opinion of most media people. Frankly, I don’t think they have much knowledge of economic theory or political science or literature or philosophy. I don’t think they have studied all this." 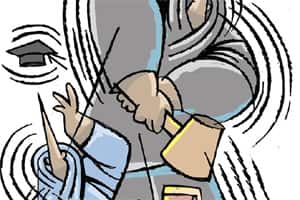 Now it would be wonderful if all journalists could appreciate Caravaggio, read Catullus’s poetry, know Thucydides by the chapter and creatively use advanced macroeconomics to interpret the daily ebb and flow of events. It would not only make the press a more cultured institution, but possibly make India a better country. It is also true that few, if any, journalists are enabled to do that. These are expensive tastes that require extensive (and yes, expensive) education. Few journalists can afford that, even if most of them want to.

The reason: there’s a huge divergence between personal and social returns from such education. This is a wider problem and it afflicts many other professions. To blame the press for being “illiterate" is misinformed, if not downright wrong.

In the same interview, he said, “I want powers to stop government advertisements; I want powers to suspend the licence of that media for a certain period if it behaves in a very obnoxious manner. I want powers to imposefines, all this in extreme situations. Normally, if a media commits a mistake, I’ll call them, I’ll discuss with them that this is not proper and 80% people can be reformed by persuasion."

This should be ignored. Justice (retd) Katju, until a few months ago, was a sitting judge of the Supreme Court. If, after retirement, ensconced in a sinecure, he desires some “action", that is understandable. It is, however, fit to point out that this is what most authoritarian individuals also desire. History is witness that such extensive powers have seldom served any social purpose, in democracy or in dictatorship. And the Indian press abhors authoritarian behaviour.

Are Indian journalists poorly educated? Tell us at views@livemint.com