This month, another victim of “terrorism" succumbed to her injuries, which included broken arms, smashed head and human bite marks. And she was all of two years old. During the same time, two women were abducted in broad daylight, gang-raped and thrown away, one of them just a schoolgirl. Even if the National Crime Records Bureau figures were to be taken as comprehensive, which, given the low rates of reporting they certainly aren’t, a woman is raped in India every 24 minutes and this crime is rising faster than murder, robbery and kidnapping. 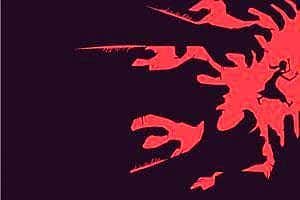 Sometimes it makes me wonder if we have got our understanding of “terror" all mixed up. The underlying essence of “terror" is the ability of a small group of individuals to exert compellence on a much larger majority, forcing the latter to alter its behaviour. To that extent, rising crime against women and children is probably the most heinous kind of “terror" that India suffers for three reasons. First, it is perpetrated by fellow citizens and not some sinister external force. As a matter of fact, in the majority of rape and sexual abuse cases, the victim knows and at times is related to the perpetrators. Second, the trauma of the victims continues far beyond the incident itself as they are scarred for life—physically, psychologically and socially. But what probably puts this crime in the worst category is the fact that most instances are suppressed, allowing the perpetrators the impunity to strike again and again.

Like all crimes, our society pays a price for this at several levels. Studies show that survivors of such traumatic events continue to be dysfunctional and often become pathological committers themselves. Abused children have much higher proclivity towards violence and crime and most rape victims are suboptimal for the rest of their lives.

Without absolving law-enforcement authorities, or condoning their insensitivity at times, society at large is equally responsible for rape, sexual abuse and domestic violence. The latter atrocity clearly shows that the answer does not lie in just better policing or deploying more uniforms around the city. Instead, society, its exemplars and every individual are in some sense accountable for the deterioration.

While rape, sexual abuse and domestic violence are clearly three different crimes, their common thread is low rates of reporting. Estimates suggest that over 75% of rape cases are never reported. Reporting of sexual abuse and domestic violence is even lower. This clearly indicates that the “pareto" of addressing these crimes lies in creating an environment that fosters disclosure rather than suppression, which only emboldens the perpetrator. And again, while measures such as sensitizing law-enforcement authorities, assigning women police officers or protecting the identity of the victim are important, they still address the smaller percentage of cases where the victims and their families muster enough courage to approach the police. That is because society still treats rape and abuse as “personal" crimes where the victim has a Hobson’s choice of seeking recourse to the law and being subjected to the trauma of a largely apathetic society or just accepting the situation and moving on.

If such crimes have to be addressed forcefully, the answer lies in implementing steps that provide a strong support structure to victims and high deterrence to potential perpetrators. The rape of a woman who works in a mall is an attack on every working woman. Every woman who needs to be out of her house is now forced to be restrained. The abduction and rape of a schoolgirl is an attack on every child that forces each parent to be cautious and constrain their child’s childhood. And while being cautious is common sense, it is definitely not the long-term answer.

Social institutions have a responsibility to create an environment where it is the perpetrators who are afraid and not the other way round. Schools and parents must teach children self-defence. Workplaces, corporates, NGOs and families must “own" the responsibility of providing financial, moral and legal support to victims on a continuing basis. Bystanders must realize that the girl they witness being abducted could have been one of their own and, therefore, must get involved. And society must demand pursuance of such cases with the same fervour as it does for outrages such as terror attacks. For, it is farcical to demand zero tolerance for terrorism in a society which is tolerant of such crimes.