After Raghuram Rajan, who?

On 7 August 2013, little less than a month ahead of Raghuram Rajan taking over as governor of the Reserve Bank of India (RBI), Indian government appointed him as an officer on special duty (OSD) at the central bank “to provide an overlap" with then governor D. Subbarao who was slated to retire on 4 September.

This was the first instance of a governor-elect coming to RBI as an OSD ahead of his term. Similarly, the RBI issuing a release on 18 June on Rajan’s address to his colleagues, saying he would go back to academia when his term as governor ends on September 4 is also something unprecedented. Till Saturday, everybody and his aunt was speculating whether Rajan would get another term or not. It was also not clear whether the Financial Sector Regulatory Appointment Search Committee, headed by cabinet secretary P.K. Sinha, would shortlist candidates for the governor’s post or the Appointments Committee of the Cabinet would do that, as it has been doing historically.

Even though the Appointments Committee is the official vehicle to do the job, typically, the Prime Minister’s Office chooses the governor with inputs from the finance ministry and the outgoing governor and, on most occasions, there is no written recommendation. The politicians of the ruling party play an important role in the selection but the corporate houses that normally try to influence the appointment of CEOs of commercial banks do not have a voice here, although they have their preferences. In its 81-year history, only once was a commercial banker appointed governor. By tradition, bureaucrats and economists are considered for this post.

Corporate India and the financial system have thrown their weight behind Rajan even as a few others are betting on Securities and Exchange Board of India chairman U.K. Sinha, State Bank of India boss Arundhati Bhattacharya and secretary, and department of economic affairs in the finance ministry, Shaktikanta Das as likely successors of Rajan. I would not like to add to the speculation; the objective of this column is to look at behind-the-scenes stories on the appointment of the RBI governor since early 1990s when India embraced economic liberalisation.

S.Venkitaramanan, the 18th governor of RBI, had a two-year stint and laid down office in December 1992 at the height of a stock market scam. However, even a two-year stint is not small considering the fact than A. Ghosh was at the saddle only for three weeks (between 15 January and 4 February 1985). Or, for that matter, before him, B.N Adarkar had little more than a five-week stint (between 4 May and 15 June 1970) and K.G. Ambegaonkar, about six weeks (between 14 January and 28 February 1957). As a governor, Sir Benegal Rama Rau had the longest stint, over seven years, from 1 July 1949 to 14 January 1957.

C. Rangarajan, who succeeded Venkitaramanan, had a close to a decade experience as a deputy governor (between December 1982 and August 1991) although he did not move to the corner room directly. He had a three-year stint initially which was extended by another two years but a month before the completion of the second term, he left the central bank and took over as governor of Andhra Pradesh.

Among other achievements, Rangarajan will be remembered for abolishing ad hoc treasury bills and pulling down the walls between banks and development finance institutions. Why he had to leave a month ahead of the end of his term is a mystery. Montek Singh Ahluwalia, then finance secretary, was the strongest contender to succeed him but Bimal Jalan pipped him at the post. People familiar with the development say the outgoing governor had recommended Ahluwalia but at the last moment, Jalan, then member secretary, Planning Commission, had emerged as a dark horse. The other person in the fray then was Arjun Sengupta, also a member of the Planning Commission.

Jalan moved to Mint Road in November 1997 in the thick of the South-East Asian crisis, when India’s central bank was spending a billion dollars a day to protect the local currency. He took charge in Delhi and a few days later came to Mumbai by an Air Force plane and held his first press conference at the RBI. By the time he was ready to hang up his boots, things were very different. The inflation (wholesale price inflation, then) was well below 4%, interest rates were at their historic lows, and there was plenty of liquidity in the system.

Jalan, appointed by a 13-party United Front, initially had a three-year term. In fact, he volunteered to resign when the Bharatiya Janata Party-led National Democratic Alliance came to power in October 1999 but stayed on and even got a second term of four years, making him the first governor to remain in office beyond 65. However, before completing his full term, in September 2003, he demitted office to become a member of Rajya Sabha, the upper house of Parliament. A grandson of Ishwar Das Jalan, the first speaker of West Bengal legislative assembly, he might have had political ambitions and many say had the incumbent government come back to power, he would have stood a chance to become the finance minister.

Two bureaucrats were keen to replace Jalan as RBI governor, but neither N.K. Singh, then a special secretary at the PMO, nor S. Narayan, then finance secretary, could make it. Y.V. Reddy, who was a deputy to Jalan as well as his predecessor Rangarajan (from September 1996 to July 2002) came back to head RBI, cutting short his stint on the board of the International Monetary Fund in Washington as India’s executive director.

Jalan favoured Reddy over others and people who know him well say he was not very keen on the idea of a finance secretary moving to Mint Road straight from North Block, the secretariat building on Raisina Hill, that houses the finance ministry, as he did not want to encourage the IAS lobby to consider the RBI governor’s post as an automatic career progression. Jalan himself was a finance secretary but there was long gap between his stint at North Block and RBI. Reddy got a five year term at one go, rare for an RBI governor. People in political circles say Andhra Pradesh chief minister N. Chandrababu Naidu was instrumental in this even as senior executives in the RBI claim that Jalan pushed for this. In fact, that was the pre-condition which Reddy, a 1964-batch IAS officer, had set for accepting the offer. 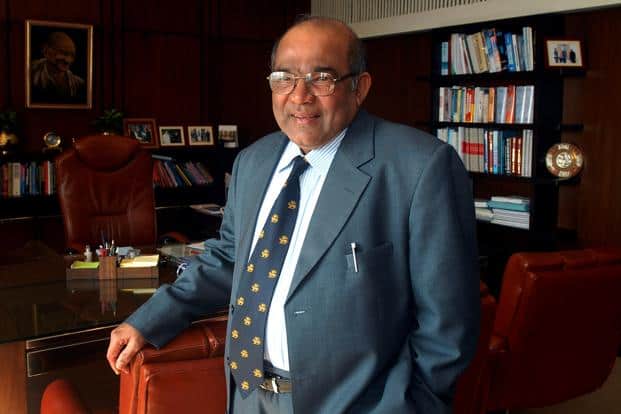 The Reddy regime is known for low inflation and high economic growth and many are willing to give him credit for protecting the Indian banking system from the ripple effects of the collapse of US investment bank Lehman Brothers Holdings Inc. by his conservative approach for which he was uniformly hated by foreign investors in India. There were many occasions when he fought with the finance ministry openly to protect RBI’s autonomy. When his five-year came to an end in 2008, once again, Planning Commission deputy chairman Ahluwalia was considered a strong contender for the post by the media. Adarsh Kishore, an executive director at the International Monetary Fund, and Rakesh Mohan, then a deputy governor at RBI, were also in the fray.

Mohan, the first deputy governor born after independence, came to RBI in late 2002 but, before finishing his three-year term, moved to finance ministry as secretary of economic affairs, only to come back to the central bank after eight months. A deputy governor with six years experience in central banking, he was even informally interviewed by then finance minister P. Chidambaram along with then State Bank chairman O.P. Bhatt and another person but ultimately finance secretary D. Subbarao was chosen for the post. 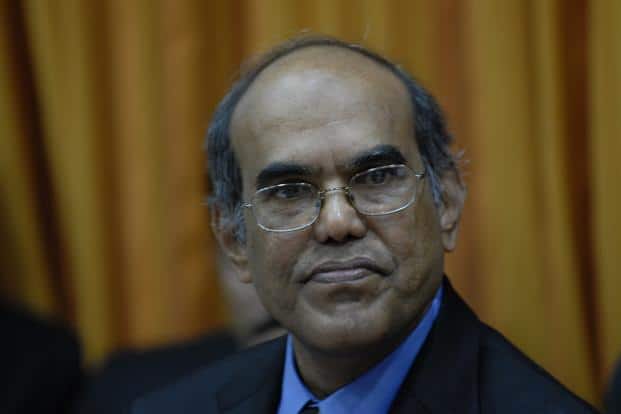 Subbarao brought down the policy rate from 9% to 3.25% to prop up a sagging economy in the aftermath of the 2008 financial crisis but by the time his three-year term as India’s chief money manager was coming to end, his relationship with the finance ministry soured. If not for anything else, the Subbarao regime at the RBI will be remembered for his relentless fight with the finance ministry for the central bank’s independence. His predecessor Reddy too was involved in similar fights—which were more severe than an India-China war, a colleague of Reddy says in jest—but the details are not in the public domain. Also, Reddy’s run-ins with the finance ministry were more on specific issues while Subbarao fought on broader policy issues.

Unlike Reddy, who was also a civil servant, Subbarao’s passage to Mint Road from the finance ministry in 2008 was direct. In that sense, he was seen as a Trojan horse. The first round was on the constitution of the Financial Stability and Development Council. Ahead of that, an 18 June 2010 ordinance empowered the finance ministry to resolve all disputes between the regulators. Subbarao immediately wrote to the then finance minister Pranab Mukherjee saying “the appearance of autonomy is as important as the actual autonomy itself", and “the very existence of a joint committee (the council) will sow seeds of doubt in public mind about the independence of regulators". This is one of the many issues on which the governor did not see eye to eye with the government. He has also not been comfortable with the idea of divesting RBI of its debt management function and has strong reservations on the report of the Financial Sector Legislative Reforms Commission, which has proposed taking away many of RBI’s functions

After his first term, the media speculated on three names—Rajan, a University of Chicago professor, an economic advisor to the Prime Minister and former chief economist of the International Monetary Fund; Kaushik Basu, chief economic advisor in the finance ministry, and economic affairs secretary R. Gopalan. Subbarao got a two-year extension despite sharp deterioration in central bank’s relationship with the finance ministry. Predictably, after his five-year term ended, Rajan walked in.

I am not joining the debate on the merits of Rajan being around at least for another two years and also refraining from discussing his achievements which range from taming inflation to stabilising the currency, piling up record foreign exchange reserves, cleaning up bank balance sheets and opening up the sector. The limited point to make is that to be effective, the RBI governor must enjoy the government’s confidence and the government must demonstrate that publicly. Alan Greenspan had a 20-year tenure as US Federal Reserve chairman till he was 80; his successor Ben Bernanke spent eight years in office before Janet Yellen took over in February 2014. It’s competence that should matter for an RBI governor – nothing else.

Tamal Bandyopadhyay, consulting editor at Mint, is adviser to Bandhan Bank. He is also the author of A Bank for the Buck, Sahara: The Untold Story, and Bandhan: The Making of a Bank. His Twitter handle is @tamalbandyo.

Comments are welcome at bankerstrust@livemint.com.