IHDS data shows that marriage in the family is one of the main reasons for borrowing, both in urban and rural areas

New Delhi: The evil moneylender, a staple of Bollywood movies in the 1970s and 80s, is not a figment of a scriptwriter’s imagination. Even today, well over one-fifth of rural households borrow from moneylenders, shows data from the Indian Human Development Survey (IHDS). That said, there has been a decline in the reliance on moneylenders and more households are borrowing from banks. Still, the average amount lent by friends/relatives was much lower than bank loans. Moreover, as Chart 2 shows, richer, more educated and more endowed households tend to borrow more from banks. This suggests that borrowing from friends and relatives, especially among poorer households might be more on account of lack of options than preference. 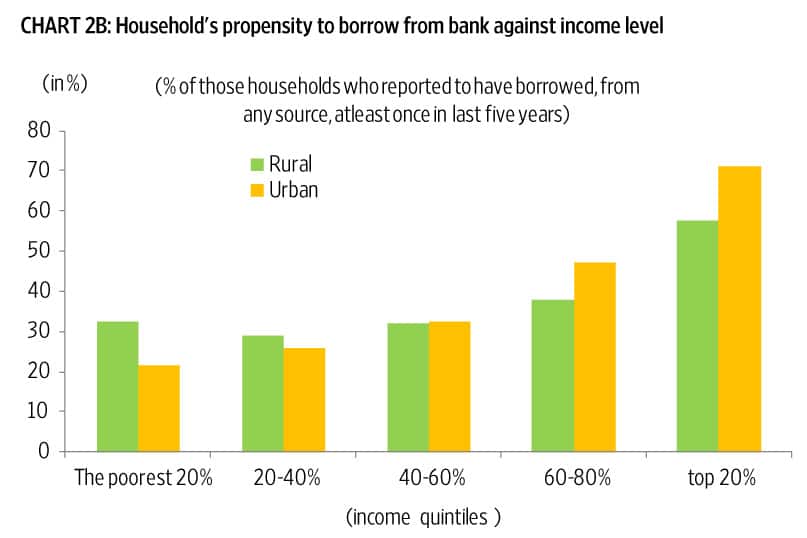 What causes the apparent disparity among social groups in access to bank credit?

At first glance, there are considerable differences among different socioreligious groups in how they borrowed. Dalits reported the highest dependence on moneylenders, for both rural and urban areas in 2011-12. However, this does not necessarily imply discrimination. It is possible that access to bank credit for dalits (and other backward groups) is lower simply because they happen to be disadvantaged in terms of earnings, assets and education which might affect the lending behaviour of financial institutions. 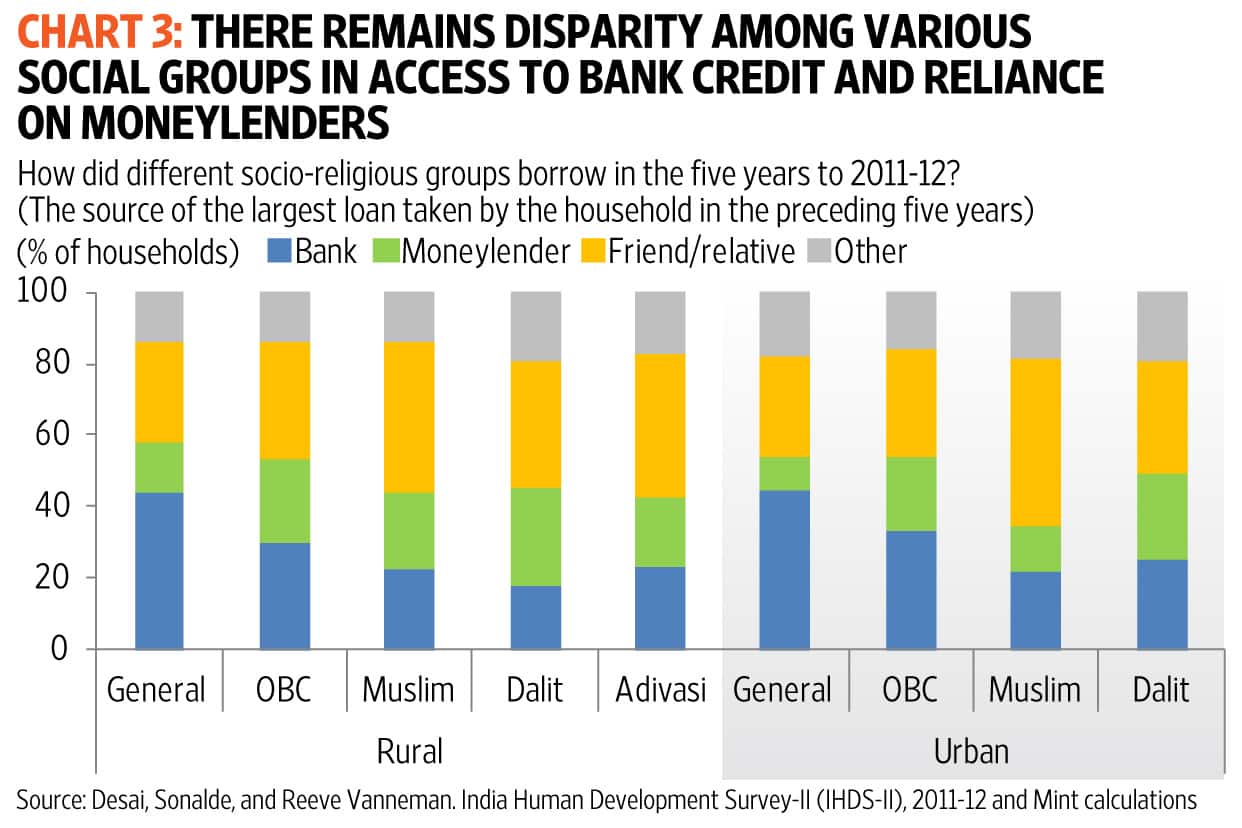 Would caste and religion still affect the probability of accessing bank credit if other factors such as earnings or education were the same?

However, that still doesn’t necessarily amount to discrimination. It could be merely a reflection of disparity brought about by tougher circumstances for backward group households. As professor Sonalde Desai of the University of Maryland explains, “Dalits and adivasis are more likely to borrow, and when they borrow it is at more unfavourable terms and outside of the formal banking system. For more privileged groups, household savings may make it less important to engage in emergency borrowing. Hence, they may be able to afford to wait until formal loans are available. This would suggest more of disparity than discrimination."

For what purposes do households borrow? IHDS data shows that marriage in the family is one of the main reasons for borrowing, both in urban and rural areas. This figure was 18% for all rural households and 16% for all urban households. Surprisingly, only around 2.4% households reported that buying a vehicle was the reason behind the largest loan they took in the previous five years.

There are also differences between the richest 20% of households and the bottom 20% in terms of the purposes for which they borrow. Poorer households comparatively borrow more for medical expenses and less for consumption or education.