Home / Opinion / Good news about FDI
Back
Share Via

Indian visitors to China have been known to come back with wondrous tales of how huge foreign direct investment (FDI) and world-class infrastructure are transforming areas such as the Pearl River Delta along the country’s southern coast—followed by the mandatory comparisons with India.

That is changing. India has pulled in a cumulative $100 billion of FDI since the dawn of this decade. It is not a bad achievement even though we should also remember that China gets that sort of money every two years. But the gap is closing even as China’s ability to habitually draw in around $50 billion of FDI a year can give us some idea of how far we have to go (also, the gap is overstated given the fact that the way China accounts for FDI is more liberal than the method used by India). 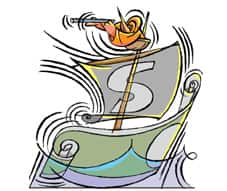 What’s also satisfying is that FDI inflows continue to grow strongly despite the overall decline in cross-border capital flows because of the global financial crisis. The United Nations Conference on Trade and Development has estimated in its latest World Investment Report that global FDI will drop 30% in calendar 2009 and not recover in 2010 either.

Given this tough background, the FDI numbers for the second quarter of the current calendar year that were released last week by the Reserve Bank of India as part of the overall balance of payments data are cause for cheer. Net FDI more than doubled from $3.2 billion in the first quarter to $6.8 billion in the second quarter. This broadly means that India can now get around $20-25 billion of FDI a year, a huge rise over the meagre $5 billion or so we used to get in the early years of this decade.

There are two positives in the rise of FDI, one short-term and one long-term.

The short-term advantage is that there is a far more stable way to fund India’s current account deficit.

Unlike mercantilist China, India usually has a current account deficit that needs to be covered with foreign capital flows. FDI is a better way of doing the job compared with the occasionally volatile money that flows in and out of the stock market.

The long-term advantage of higher FDI is that more capital is available for domestic investment—especially in key areas such as infrastructure. But since FDI comes through companies, there is also a transfer of knowledge and technology that benefits the Indian economy. There is enough research to show there are beneficial spillovers of FDI into the rest of the economy as well.

Can India overtake China’s FDI inflow? Tell us at views@livemint.com