The sale of an Indica and a lesson in developmental econ

The sale of an Indica and a lesson in developmental econ

I did not know that when I put my eight-year-old, beat-up Indica (should have clicked the faces of some people when the family would get into that car!) up for sale that the experience will become a lesson in developmental economics and will document a little part of the story of a transforming country.

A viable Metro system, fire-snorting SUV drivers, jammed roads, the rising cost of running and maintaining two cars all held hands to move us from a two-car to a one-car house. Though we loved our old Indica—legs actually have room, an ignored speed-breaker will not cause roof damage by a sharply hitting head and a general sense of rough sturdiness that is a must-have on Delhi roads—the downsides at some point began to take over. The Indica begins to unravel after five or six years and its real soul begins to manifest. The soul says over and over again, every day: I’m really a truck masquerading as a car. 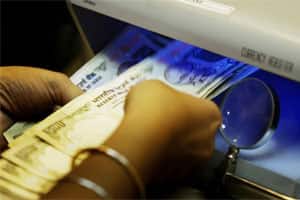 So the deal was done. The deehari driver won (irrationally for us it was not the price that swung it in his favour but the promise that he’d bring it around if we ever needed it in an emergency). He arrives to take the keys and the papers, wangles another few grand off the deal and then hands over cash in an envelope. I baulk. Very difficult to explain cash transfers and it is something I’d rather not do. So he pulled out his little-used cheque book and wrote me a cheque. I bank it but the money does not fall through the chute even after two weeks. I find out that the signature is not matching. I tell him to get a draft made. Soon I get an SMS and it says in Hindi: Memji, if you send me your bank name and account number, I will get a balance transfer done. He went to his bank to get a draft made and some good soul told him to use the NEFT platform. I don’t have my IFSC code just now. I tell him we’ll do this tomorrow. He’s had the car for over two weeks, and I can wait another day for the money, I am in no hurry, but it seems he is. He goes to my bank branch gets the code, goes back and gets the transfer done. The money just pinged into my account an hour back. Bhola, the driver, messages me again: Memji, went to your bank, got your IFSC number and it is this (he gives me my own IFSC code!) and have done the NEFT transfer. Thank you for the car.

Why’d he run around and do this and not just get a draft made? Economics. Prices nudge behaviour and people find the cheapest way to do something. A draft costs ₹ 2-5 per thousand. NEFT takes ₹ 5 in most banks. A friend’s maid would spend ₹ 250 each time she sent money from Mumbai to Darjeeling through a postal money order ( ₹ 50 per ₹ 1,000) and it would take 30 to 45 days. She’s shifted fully to computer se peese bhejna, using her employer as the computer operator. The story of the Indica sale for me has become a lesson in developmental economics. High technology that gives lowest cost efficiency enhancing solutions will serve those at the bottom of the pyramid the most. They are smart enough to figure out complicated products if the price is right and the benefit is obvious. Ok, need to run, the 8:17 will be pulling in soon.