Affordable housing for the poor

Affordable housing for the poor

A McKinsey report in 2010 found that approximately 25 million urban households in India cannot afford housing, and expected the number to reach 38 million by 2030. Since cities are estimated to contribute nearly two-thirds to our economic growth, adequate supply of affordable urban housing is critical for sustaining high growth rates. 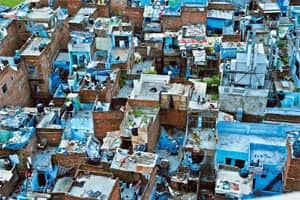 The expectation is that private developers will construct and sell these houses to the targeted category, thereby, significantly increasing the supply of such housing. It is also hoped that this policy would both open up scarce urban land for affordable housing and also cross-subsidize EWS/LIG housing. Though well-intentioned and apparently logical, its implementation is likely to throw up several difficulties and inefficiencies.

To start with, it poses an almost insurmountable administrative and enforcement challenge. How will the eligible EWS/LIG be selected from among the massive number of applicants? What should be the size of these units and how do we enforce compliance? What should be the price at which it is sold and who determines it? How can we prevent the builder from stealthily converting it into studio-suites and selling it to non-EWS/LIG buyers? Next, given the very high land value within cities, its market price will render it unaffordable for EWS/LIG buyers. Therefore, the price has to be either heavily subsidized, or regulated, both of which generate perverse incentives.

Third, given the general market preference for exclusive colonies and apartment complexes, mixed-category residential complexes, especially those with EWS/LIG units, may not be easily marketable and will have to be sold at a discount. Accordingly, by limiting the space available for commercial development, this strategy constrains the preferred business models of developers and prevents full value capture. Fourth, the cross-subsidy argument is fallacious, since the builders inevitably pass on higher costs to buyers. Developers do not offer any free lunches. In purely economic terms, inefficiencies abound, administration costs are substantial, enforcement impossible, buyers pay more, and builders make less.

The belief that governments can mandate minimum reservation of space for specific categories of consumers and, thereby, increase the stock of affordable housing may, therefore, be questionable. Not only is it likely to restrict the supply of affordable EWS/LIG housing, it would also increase the prices for other categories, as the builders will invariably pass through these costs. Therefore, not only is reservation an extremely inefficient tax on all types of buyers, but its returns for the government are likely to be sub-optimal.

A simpler and less distortionary approach would be to mandate that builders can provide housing units equivalent to the reservation requirement anywhere in the city. They could be allotted government lands elsewhere and mandated to construct the required number of dwelling units. Alternatively, they could buy the housing units needed to meet their requirement from certified EWS/LIG developers. These developers would be selected through transparent bids and allotted government lands to construct a pre-defined number of units. In fact, the government can facilitate the creation of a market in trading EWS/LIG housing permits for builders to comply with their reservation requirements. In order to regulate this market and minimize quality deficiencies, builders seeking to trade such permits should be registered and their construction quality monitored.

This strategy would satisfactorily address all the problems associated with the reservation mandate, including that of enforcement. It will generate win-win outcomes for all stakeholders. Since the builder has to sell these units to recover his investment, his incentives are aligned towards construction that meets the market demand. In simple terms, the permits would enable governments to increase the supply of affordable urban housing, while at the same time, allowing developers to maximize returns from their projects.

The effectiveness of this strategy can be enhanced with an enabling policy framework. Apart from allotment of lands at concessional rates, EWS/LIG developers could be incentivized with infrastructure grants, fiscal concessions, and higher FAR permits. Further, a market in such tradable permits would also catalyze the development of a large market for such housing.

Even with the most effective strategy, the units likely to be built through this probably will not make a dent in the servicing of the massive requirement, especially in larger cities. In these circumstances, the major focus should be on direct construction by government agencies, both on vacant government lands and by vertical re-development of slums. This should complement public-private partnerships, wherein developers transfer either a certain number of units, or a share of built-up area, on similar lands. Finally, given scarce land, the only other way to expand construction space is to augment the supporting infrastructure and to go vertical by easing FAR restrictions.

Gulzar Natarajan is a civil servant. These are his personal views.