Home >Opinion >Online-views >Views | Save the rod ... and create a Frankenstein

Views | Save the rod ... and create a Frankenstein

Views | Save the rod ... and create a Frankenstein

A close friend, who works for an asset reconstruction company, recently told me after a few drinks: “I suggest that you do a project report and take a ₹ 100-200 crore loan. The bank, RBI, government –will all treat you like a king if you default. Don’t borrow just 5 or 10 crore, then you will be in trouble."

He went on: “If my son wants me to find a match for him, I will look for the daughter of a defaulter. Then his life will be made". Yes, some entrepreneurs regularly dream of graduating from facing a problem to becoming a problem for the system. 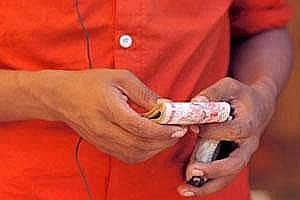 Wikipedia defines moral hazard as a tendency to take undue risks because the costs are not borne by the party taking the risk. The bothersome part is that it is rife even in developed and developing countries which hold the rule of law in high esteem. Just the perspective differs: in the West, public discourse sees moral hazard largely as excessive risk-taking by overpaid bankers, in India it is repeated defaults encouraged by mollycoddling lenders.

Where genuine accommodation ends and mollycoddling begins is extremely tough to ascertain ex-ante. There have been cases of remarkable borrower resuscitation after one lifeline, and even two. And then there are the perpetual delusions. Most banks do not have this data, or choose not to compile it.

But one thumb rule will always work. Indulgence by a lender makes sense only if the underlying fundamentals of the borrower’s business are sound and he happens to be facing a cyclical problem (this of course is a judgment call but not too difficult to make, e.g. it takes some imagination to contend that airlines are facing a temporary problem and their fundamentals are sound). Else it is mala fide and a potential source of moral hazard.

It is a difficult and unpleasant subject as a result of which not much literature is available. However, in a noteworthy paper titled “Financial Intermediation in India: A Case of Aggravated Moral Hazard?" dated July 2002, Saugata Bhattacharya and Urjit Patel made an attempt to look at this issue very early in the lending growth cycle in India. Many points presented there are still relevant.

The authors identify three reasons for the malaise: large and increasing government role in the financial sector, high regulatory forbearance and absence of efficient bankruptcy procedures. They premise that the resultant moral hazard inhibits effective co-financing and capital formation in the economy.

On the first point, it is important to note that the authors identify government participation in the financial sector and not just government ownership that leads to increasing moral hazard. It includes provision of government guarantees to projects, priority sector lending, mandating write-offs of loans, and so on. In good times, there is little incentive for the government to change the status quo, and in bad times, it feels the need to increase its involvement, at which point prudence takes a back seat.

Regulatory forbearance ensures lenders, especially banks, do not close down. At least for banks there is this argument, though shallow, that faith in them should not erode. Why wholesale lenders like IFCI have to remain in perpetual life support is less understandable. If a lender will most likely never be allowed to fail, depositors will not care to monitor lender performance, managers will be less vigilant and the borrower incentivized to take advantage of the system.

Developments on the bankruptcy procedures front have however been encouraging. The SARFAESI Act (which is India’s foreclosure law) has been quite effective but there is still a long way to go.

Ironically, bankers suggest that it has been used largely as a stick to beat the borrowers with and bring them to the negotiating table, and not for seizing and selling off security, the ostensible purpose for which the law was enacted. Thus the effectiveness is at best sub-optimal. Judicial and quasi-judicial proceedings for debt recovery are still tortuous.

To conclude, I particularly like one sentence which the authors use: “This process of increasingly aggravated moral hazard driving…riskiness of the asset portfolios…is analogous to riding a bicycle without brakes – once on it, if you stop pedaling, you will fall off." Very similar to what Ramalinga Raju remarked along with his confession of having cooked the books of Satyam for years. Let’s not carry on the comparison further; it looks scary.