Terrorism, some lessons from medicine

Terrorism, some lessons from medicine

Britain has long been the home for radical ideologues and proponents of terrorism. Well before the London bombings—which were essentially carried out by homegrown players—the country has and continues to be a proving ground for thousands of radicals who preach, recruit, plan and, on occasions, execute terrorist plots. It has a large concentration of Al Qaeda supporters and London produces a disproportionate number of the world’s known terrorists—earning it the sobriquet Londonistan.

Increasingly, research has shown that radicalization occurs because marginalized people search for a sense of identity, meaning and belonging. In a sense, terrorist organizations do not recruit terrorists—the terrorists recruit themselves and the organization just channels a perceived sense of injustice (whether justified or not) into a concrete and often devastating action plan. 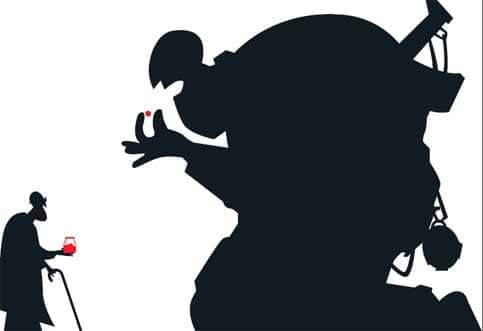 One of the several examples in her book, Join the Club, illustrates using the power of social pressure in combating tuberculosis (TB)—a disease that kills over two million people each year. Ironically, the cure for TB is fairly straightforward, requiring just four doses of antibiotics costing a few hundred rupees. However, the course of treatment needs to run over nine months and this is where most patients slip. Even if one dose is missed—which is often the case, because either the patient has stopped coughing or because of the unpleasant side effects of the medicine—the strain of TB becomes drug-resistant and highly virulent, necessitating treatment in thousands of dollars, well out of the reach of majority of the victims.

Because of the long duration of the cure and the deadly implication of stopping earlier, adherence to the drug dosage regime was key to the successful TB treatment, which was literally forced upon the patients. In 1950s, however, a new strategy was developed (in India) that was called DOTS—directly observed treatment, short course. While DOTS had several components to it, the key was that someone directly observed the patient swallowing his medicine. This could be a nurse, community health worker or even a family member.

DOTS improved cure rates by over 40%. It seemed that individuals who would not take medicines on their own would take it when made accountable to a peer.

The key word, however, in all of Rosenberg’s examples is “peer": someone from within the community—not an outsider or an official.

Britain’s home office seems to recognize this aspect when they appeal for action from non-governmental organizations, civil society and other faith groups in countering the influence of extremists who present a prejudiced view to potential recruits. The country’s counterterrorism strategy lays emphasis on assisting individuals who are vulnerable to radicalization and on enrolling participation of institutions such as schools, religious establishments, universities and even prisons in furthering an unbiased and factual implication of terrorist acts.

A key challenge we have in India is the sheer scale, diversity and remoteness of the country and, therefore, its threats. While resource-rich countries such as the US and Britain have to deal with just one or two forms of terrorism, we have a whole range of internal security issues and an apparatus that is ill-equipped to administer the social cure methodology. Besides, successful social cure experiments must be spearheaded from within society and not imposed on it by government machinery. The content of the message is not as important as who delivers it and how.

But we may have an answer in the form of our ex-servicemen from the police, paramilitary and defence forces. In them, we have millions of trained and disciplined personnel in every nook and corner of India. Professionals who understand national security and can discern anti-national activities at the grass-roots level. They are used to operating in a command and control structure and are respected peers within their local communities, more so because of their “country first—caste/religion/self later" exemplar ethos. If we could start a programme to harness the potential of this incredible pool of committed and motivated resources, India can permeate a change in the way society recognizes the need for social participation in discerning and addressing internal security issues at the bud.