Curtains up on the climax

Curtains up on the climax

With weak data across Europe and the US now too glaring and too frequent to be brushed aside as mere aberrations, the stage has been set for the climax of the movie by and about the Masters of the Universe that began some time in the 1980s. People in the financial industry and policymakers mutually reinforced their beliefs that they were the masters of the universe when all that they were doing was to use the age-old formula of accumulating debt and achieving growth. That is child’s play. The trick is to know when to stop and what to do when leverage no longer produced growth.

They did not know either. They got a warning, however, in 2008. In response, they continued to play like children. They piled on even more debt. Now, the next round of reckoning is on its way. They will come up with more innovative labels for creating more money and debt. 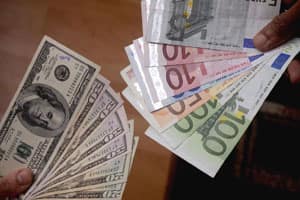 A country that, despite its excellent productivity and work ethic, is barely growing and that is ageing fast will have to shoulder the burden of not supporting the crisis countries but supporting euro zone banks (including its own) in reality.

How does its borrowing cost remain low? Well, the European Central Bank (ECB) will guarantee low interest rates as the Federal Reserve has done or might even take steps further than that. At the minimum, to make sure that the yield on the common euro bonds remains low, ECB will print enough euros to buy those bonds.

Will these measures support economic growth in Europe? Hardly. They might solve problems such as deposit flight out of banks in Spain, Italy, Greece, etc., which is, in turn, a symptom of the underlying structural weaknesses in their banking system. There is simply far too much debt. The ethical way to reduce it is to work hard, save more and repay. The easy way is to defraud creditors and savers. Masters of the universe have preferred the latter route.

But even this skulduggery is insufficient to address economic growth concerns. To rediscover growth, countries will have to become more productive, accept lower wages and lower standards of living for a while. Such prescriptions are too drastic for both politicians and the public. Easier is to debase the currency. That requires printing of the currency as if there is no tomorrow. The new president of ECB has proven equal to the task.

There is one problem, though. Despite sound medium-term fundamentals, excellent availability of fertile land, water and now even energy sources, America has refused to do the hard work. Under successive presidents and chairmen of the Federal Reserve board, they have opted for easy money ostensibly to revive growth but really to support banks and Wall Street. Unlike Europeans, they have squeezed labour (real wages are hardly rising) and they have also transferred the pain of a weaker dollar on to developing nations. America came out strongly in terms of printing money in 2008 and has barely slowed.

With a weak labour market providing the smoking gun, the stage is set for America to let the printing presses spring to life again. There is a faint hope among many that a Republican presidency would ring the bell on monetary and fiscal profligacy in America. That is a fond but unrealistic hope and one that flies in the face of their history of fiscal profligacy. Alan Greenspan’s reckless monetary expansions happened as much on Republican watch as it did on Democratic watch. Economic ignorance and illiteracy are bipartisan.

One of the saving graces in the month of May has been the decline in prices of commodities. However, with the likely tsunami of monetary and fiscal measures to be unleashed in Europe and in the US, this will reverse. The performance of gold last week contains vital clues to this effect. Hence, the much-awaited relief for commodity importers—particularly in South and South-East Asia—will be fleeting and will disappear. India should take note.

The world will first hurtle towards stagflation and then eventually will settle into a deflationary slump. Hopes for a middle of the road “muddle through scenario" reflect a combination of intellectual laziness, instinct for self-preservation and denial. For investors, such an attitude has caused grief in the past. They are better off loading up on guns and gold.