I hate to echo those literary-liberal types, the Chardonnay sippers of the West. But in this case I have to: Read Roberto Bolaño! 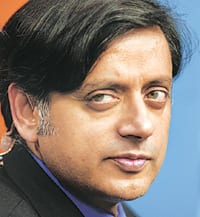 While I agree with the endorsement of Bolaño by diverse Chardonnay sippers, I do so for different reasons. For instance, The Guardian, a major centre of Chardonnay sipping in the UK, praises Bolaño for championing “the importance and exuberance of literature". This seems true, for Bolaño’s narratives are about writers and writing. But in Bolaño, literature is not championed for the sake of literature, as many Chardonnay sippers assume; it is a refraction of life in all its beauty, sadness, violence, hope, triviality and complexity. This saves Bolaño’s writing from the flaccidity and smugness of much of literature that sets out to celebrate literature.

But let’s not be hard on the Chardonnay sippers of the West. Having lost various gods (divine, civilizational, socialist and now even consumerist) over the past few decades, they have little option but to cling to the god of literature. So, yes, overlook the reasons for their endorsement and simply read Bolaño.

Toni Morrison has been called “the nearest thing America has to a national novelist" by another centre of Chardonnay sipping, The New York Times. And once again, alas, I have to nod in agreement. How can one do anything else in the face of Jazz, Sula and, my favourite (with its disturbing Gothicized exorcism of the ghosts of slavery), Beloved, undoubtedly one of the great novels of the 20th century?

Morrison’s latest novel, A Mercy, is a prelude to Beloved, though it does not feature the same characters. But if Beloved took up slavery in the 19th century, A Mercy narrates the slave trade around 1680. Powerfully written, exhibiting her trademark boldness in exploring violence, A Mercy nevertheless lacks the force and compulsion of Beloved.

Is this just a pause in a great oeuvre, or does it mark the sort of slowing down that Nobel laureates often evidence in their later years? I pray it is the former.

Ian Almond recently told me that there is more awareness of the intricacies of Hindu-Muslim relations in India than there is of Muslim-Christian relations in the West. His newly released book, Two Faiths, One Banner: When Muslims Marched With Christians Across Europe’s Battlegrounds, sets out to further this awareness.

Thoroughly researched, Almond’s book documents how “Europe" has been constructed in exclusive terms in recent decades. He writes about “Norman kings with a knowledge of Arabic, Byzantine rulers who speak Turkish", Ukrainians fighting for the Turkish cause, Polish regiments in Muslim armies, and of course Muslims and Christians battling together (mostly against other Muslims and Christians).

Tabish Khair is the Bihar-born, Denmark-based author, most recently, of Filming.

Write to Tabish at readingroom@livemint.com