The rise of small entrepreneurs in India

Small and medium enterprises (SMEs) account for over 95% of establishments and over 80% of jobs in the manufacturing sector in India. They are becoming increasingly prevalent and affect everything from poverty levels and shared prosperity to the allocation of activity in the economy and beyond.

However, our understanding of the drivers of SMEs is still at an early stage. Are the SMEs concentrated in tradable or non-tradable sectors in India? How do SMEs connect into global and local supply chains and input-output networks? What role has sub-contracting played in the growth of SMEs? Is urbanization helping or hurting them? Is it push or pull entrepreneurship that is driving SMEs? Are SMEs gender-inclusive? We examine these issues using data on SMEs from 900 districts in India (Ghani, Kerr, Segura; Informal Tradables And The Employment Growth of Indian Manufacturing, The World Bank). 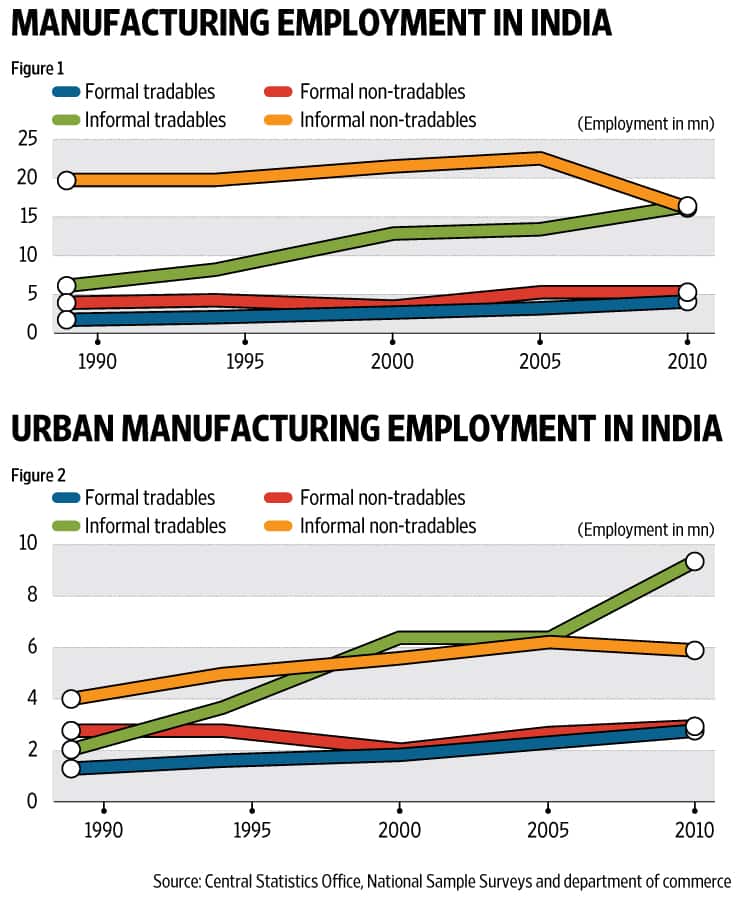 Figure 1 shows the exceptional increase of employment in SMEs in the tradable sector by over 10 million workers, equivalent to the entire net growth of the manufacturing sector. This rise in SMEs’ employment in the tradable sector coincides with a strong decline in job growth in the non-tradable sector. The concentration of the tradables growth in SMEs suggests that the growth in traded industries is not due to plants achieving larger economies of scale and shipping goods at a distance, as might have initially been imagined. The apparel and rubber industries played an important role, but the growth effects are broader than them. Growth is also rapid among some high-tech industries, including computing machinery, and communication equipment and apparatus.

The second trend is the development of one-person enterprises within the SME tradable sector. These one-person firms can also be defined as self-employed manufacturers. Tradable establishments with one employee grew from 6% of the SME sector workforce in 1989 to 21% by 2010. This trend is not present in the non-tradable industries. This trend is surprising given that the trade/investment reforms that India has undergone have more strongly affected larger firms, as micro-enterprises are known to face significant hurdles in competing in export and global markets.

The rapid urbanization of SMEs appears to be the most important factor. Essentially all of the net employment growth in Indian manufacturing over the past two decades occurred in urban areas. A majority of jobs were developed in urban establishments, as shown in Figure 2. Thus, numerical accounting suggests a key role for urban areas, and the urban share of informal tradable employment rose from under one-third in 1989 to over 60% by 2010. This connects strongly with the broader trend for the SMEs to be moving into urban areas in India. Another factor pointing to the importance of urbanization is the very close timing of the urban increases with those of the aggregate changes. There are features particular to urban areas that facilitate the growth of small and micro-enterprises in the face of high urbanization rates.

Beyond urbanization, there are other factors that also played a role, like the rapid expansion of female business ownership, subcontracting, and “push" entrepreneurship (entrepreneurs who start businesses out of necessity rather than growth desires). Although these factors positively had an impact on SMEs, they were not the primary force.

Reflective of its manufacturing prowess, Gujarat shows the most robust growth across the various dimensions of SME growth. Indeed, SME growth is stronger in leading states, perhaps twice the rate of that observed in lagging states. However, the variation across states is much less than the differences observed between tradable versus non-tradable industries. So, the state-level variation is material, but second-order to that observed on other dimensions. This provides prima facie evidence that state-level factors or regional development levels will likely play a small role in the development of SMEs.

Some have argued that the increase in SMEs represents “push" entrepreneurship, where entrepreneurs start business out of necessity rather than growth desires. That is, they are “pushed" into business ownership rather than “pulled" in by great opportunities. There is a negative correlation at the macro-level between the expansion of one-person establishments and that of larger size categories. At the same time, these negative correlations could also be evidence of subcontracting by larger firms to SMEs. To the extent that we believe subcontracting is more likely to occur in urban areas, we can at least say with confidence that in rural areas we observe something akin to a push into small entrepreneurship.