The Securities and Exchange Board of India’s recent flip-flop in the Tayal Group/Bank of Rajasthan case is alarming, to say the least. In March 2010, former whole-time member K.M. Abraham had barred 100 entities linked to the Tayal Group from accessing the securities market. This was after Sebi’s investigations revealed that they had prima facie indulged in fraudulent and unfair trade practices, and helped the promoters of Bank of Rajasthan Ltd (the Tayal Group) conceal their actual holding in the company.

Last week, Sebi whole-time member Prashant Saran revoked the ban. His order, based on an investigation report submitted to him, doesn’t challenge the major findings of the interim order, but has still found a way to enable these entities to access the markets again. 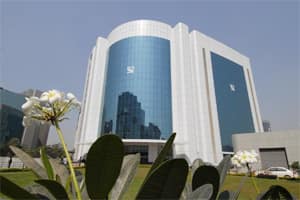 RBI had referred the case to Sebi because it involved violations of Sebi’s takeover regulations as well as regulations related to fraudulent and unfair trade practices. The interim order took these violations seriously: “In light of what has been prima facie unearthed in this investigation, allowing the entities discussed above to deal in the securities market, severely compromises the integrity of the market and exposes unsuspecting investors to a significant and material possibility of being misled… it would be difficult to assume that the entities conform to (Sebi’s) prescriptions (on transparency and ethical behavior) even remotely. No complacence on the part of Sebi would be justified, given the sacrosanct mandate of investor protection entrusted to it."

Two years later, Sebi seems to have turned far more lenient. As pointed out earlier, it supports the finding of the preliminary investigation: “(The) investigation report reveals that the aforesaid entities evolved an elaborate scheme by which their actual holding in a bank could be camouflaged and the banking sector regulator could be placated by conveying an impression that there is a continued effort on their part to reduce their holding to the desired level even while actually increasing their holding." The only difference as far as the findings are concerned is that the current order lets eight of the above-mentioned 100 entities completely off the hook, without giving any reasons. Each of these eight are individuals with no shareholding in the bank. According to the interim order, some of them acted as intermediaries for the schemes.

The recent order even states that the other 92 entities violated Sebi’s takeover regulations and regulations related to fraudulent and unfair trade practices. But it then digresses, asking questions such as a) Is the nature of offence, in itself, material enough to warrant continuation of the prohibitory directions issued in the interim order?; b) Should any such attempt at camouflaging the real level of shareholding by promoters be considered as a serious, very serious or fatal threat to the securities market?; and c) “What is the probability that the entities will continue to indulge in their activities if they are permitted to operate in the securities market again."

It provides the answers to these questions as follows: Prima facie, it appears that since RBI referred this case to Sebi, it is a serious offence. Yet, because RBI permitted Bank of Rajasthan to merge with ICICI Bank Ltd without any caveats for the former’s promoters, it is reasonable to assume that RBI was fully satisfied with the desirability of the merger and that it didn’t consider the conduct of the promoters extremely serious. This is a strange argument. RBI is known to encourage mergers of weak private sector banks with other stronger banks. And in the case of the Bank of Rajasthan-ICICI Bank merger, some news reports of the time referred to it as a forced merger, with the Tayal Group having little option because of regulatory scrutiny. In any case, even if RBI doesn’t consider the false disclosures non-serious, what about the fact that the Tayal Group flouted Sebi’s own regulations? Sebi’s reasoning gets stranger here. Saran says that the non-disclosure needn’t be considered as a grave offence, because it didn’t lead “genuine investors into trades that would eventually expose them to much greater risk."

First of all, this isn’t accurate. When investors know that a large shareholder is required to offload shares in the market, they will be wary about investing in a company. Their response will be quite different when they know a large shareholder is increasing its stake. As a result of the non-disclosures, the Tayal Group would have been able to increase their shareholding at a relatively low rate, at the expense of uninformed minority investors. Sebi’s norms on disclosures are meant to address this problem, among other things, and this is why it has stringent penalties for false disclosures. For the regulator to now say that non-disclosure isn’t a grave offence is specious.

To be fair to Sebi, it hasn’t let the Tayal Group completely off the hook. The order states that adjudication proceedings will be initiated. But it will be a pity if the 92 entities are let off with a paltry fine. The Sebi Act says in section 15H that the penalty for non-disclosure of acquisition of shares should be three times the amount of profit made out of the failure to disclose such an acquisition. In the case of the Tayal Group, the non-disclosed amount of shares amount to nearly half of its total holding. If Sebi applies a fine amounting to three times the value of these undisclosed shares, the total fine will be approximately 150% of the value of the shares the Group now owns in ICICI Bank. This will run into a couple of thousand crore. Based on Saran’s comments that the offence wasn’t grave enough, it seems unlikely that such a high fine will be imposed.

P.S: As The Financial Express and Firstpost.com have already noted, Sebi’s investigation into the Tayal Group was one of the cases the finance ministry was allegedly trying to influence, according to a letter written by K.M. Abraham to the prime minister.