Home >opinion >online-views >Not a hoax but a fraud

Not a hoax but a fraud

Not a hoax but a fraud

It is not just a failure of the Congress party or the government of India (GoI) that the railway budget—with a minimal fare increase after eight years of no action—could not even be considered. After all, most of the Lok Sabha appears to have agreed with the rollback. India’s so-called intelligentsia feeds the feudal instincts of its politicians.

In an opinion piece in The Hindu Business Line, C.P. Chandrasekhar and Jayati Ghosh wrote about the great subsidy hoax in petroleum products. They argued that GoI collected enough taxes from the sale of petroleum products that it could afford to subsidize the country on those products. In making their case, they curiously compared it with developed nations that have a much higher per capita income. 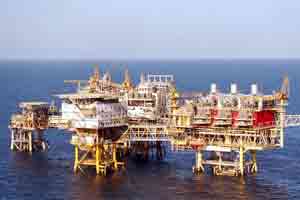 In a poor country, it is inevitable that the prices of petroleum products are higher relative to the median household income compared with other countries. That makes the case for income top-up for low-income people. That does not make the case for distorting product prices for all buyers.

India imports most of the crude oil it needs. Globally, cheap-to-find oil is becoming scarcer. Further, according to a recent well-researched report in The New York Times, the US is inching towards oil self-sufficiency having reduced its overall imports from 60% to 45% and having reduced its imports from the Organization of Petroleum Exporting Countries (Opec) by 20% in recent years. If the US broke free of Opec dependence totally, it will have profoundly adverse implications for the stability of the Arab region and the stability of oil supply from that part of the world.

It is a polluting product too. Hence, users impose a public cost for their private use. Subsidized diesel fills up the tanks of the vehicles of the urban rich regardless of whether it helps farmers. If anything, excessive use of pump sets has caused depletion of ground water and might have caused the arsenic content to rise to the surface, as mentioned in these pages by Narayan Ramachandran recently. Cheap kerosene is used to adulterate petrol. Pollution levels rise and so do upper respiratory disorders for Indian road users. How do we account for these costs and distortions of the subsidy regime?

To be sure, some countries in Asia have automatic stabilizing mechanisms when the global price of crude oil crosses a threshold. That is, the tax imposts on petroleum products come down when the price of crude oil rises above a certain threshold. India is unable to do that because it has no room to do so, thanks to excessive government spending in other areas. Therefore, if subsidies are to be maintained or if the tax burden on energy products is to come down when needed, the overall deficit has to drop.

Moreover, the under-recovery by oil companies is calculated before we take into account the incidence of taxes —excise duties, value-added tax, etc. In other words, the under-recovery is not calculated as the difference between the retail price and the economic price for oil companies based on the price of crude oil and the cost of processing. It is calculated as the difference between the prices at which the oil companies sell products to dealers and the economic price. This information is publicly available on the website of Indian Oil Corp.

The under-recovery is the lowest for petrol, followed by diesel and the highest under-recovery is in liquefied petroleum gas (LPG). It is more than 50%. The price for a typical 14.2kg cylinder should be slightly more than ₹ 800 instead of the ₹ 400 at which it is sold to the retail user. The reference prices are based on retail prices in Delhi. Surely, LPG is not the fuel of the poor household.

Instead of interfering with the economic pricing of each and every product, it makes sense for governments to simply top-up the income of poor households up to a level that is deemed essential to ensure a minimum acceptable standard of living. Distorting prices of products sends misleading signals to users and gives rise to unintended incentives with unforeseen consequences.

The oil subsidy regime in India is not a hoax. It is one of the many frauds perpetrated on India and its poor in the name of the poor.