Playboy of the nuclear weapons world

Playboy of the nuclear weapons world

Playboy magazine is not the most obvious choice for those preoccupied with nuclear proliferation. Yet, Joshua Pollock’s article on “The Secret Treachery of A.Q. Khan" in the January/February 2012 issue has proved to be as titillating as the all-revealing photos that made the publication infamous.

The article, written in the whodunit oeuvre, uncovers that in addition to the three known customers of the Khan network—Iran, North Korea and Libya— there was a fourth hitherto unknown customer and reveals the “last country on the list: India, Pakistan’s foe." 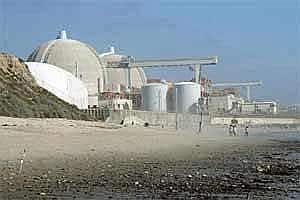 The veracity of these claims notwithstanding the article raises several crucial issues relevant to addressing the proliferation challenges today. First, ever since the original multinational Manhattan Project, which built the first nuclear weapons, every subsequent national nuclear weapon programme has benefited from some foreign technical inputs. This was the case with the Russian (which stole the Manhattan Project weapon design), Chinese (which got nuclear weapon knowhow from Russia) as well as the British, French, Israeli, Indian, Pakistani and North Korean programmes.

Second, even though all these countries had initially depended on key external elements for their programmes, they were able to eventually establish indigenous nuclear weapon capabilities and insulate themselves against various sanction regimes, which sought to block the export of weapon-related dual-use technology. Thus, even with the establishment of the Nuclear Suppliers Group (NSG) in 1974 several countries, including India, Pakistan, North Korea and even Iraq acquired the necessary wherewithal to build nuclear weapons.

Third, the NSG efforts were partly dented by the growing indigenous capabilities of the target countries and partly because of the networks that had sprung up to counter the NSG guidelines. While the Khan network remains the pin-up boy, it is not the only one. The Iraqi nuclear weapon programme was almost entirely built by another set of clandestine suppliers, most of whom were ironically based in NSG countries.

Finally, once a country crossed the nuclear threshold, there was no way of reversing the programme by external diplomatic means. In addition, the country also became a non-NSG supplier of nuclear material for others.

This leads to three sombre conclusions: First, almost any country, irrespective of its economic and technological capability, which decides to acquire nuclear weapons will, despite the best efforts of the international community or the NSG, manage to do so. At best sanctions might slow or delay the programme but they will be unable to stop it. The Pakistani and North Korean programmes and the growing Iranian capabilities testify to this. Second, every sanction regime established will lead to the creation of a surreptitious network to counter it, as the success of the Khan network exemplifies.

Finally, against this backdrop it is evident that the present sanctions alone approach against Iran is unlikely to achieve its objective if Tehran is determined to go nuclear. An entirely new paradigm, which also seeks to accommodate Iran’s concerns in the region, is essential. Perhaps only Playboy or an equally unlikely publication might have the audacity to provide the desperately needed alternative approach to stopping proliferation.

W.P.S Sidhu is a senior fellow at the Center on International Cooperation, New York University. He writes on strategic affairs every fortnight