There is no magic wand

There is no magic wand

Responding to a provocative query from a CNN-IBN television news channel anchor on Friday, the outspoken Mohandas Pai, former human resources director at Infosys Ltd, unambiguously maintained that corporate India was pleased to see the departure of Pranab Mukherjee from North Block.

The sentiment is understandable, given that on Mukherjee’s watch the economy is on the brink of a self-inflicted crisis and the country has come in for bad press thanks to the retrospective changes in tax laws.

Yet, implicit in this sentiment are two beliefs. One, that the outgoing finance minister is being unfairly singled out to be the fall guy for what is clearly a collective failure of the Congress-led United Progressive Alliance (UPA). Second, following on from the previous point, is the implicit belief that Mukherjee’s exit will be the turning point. 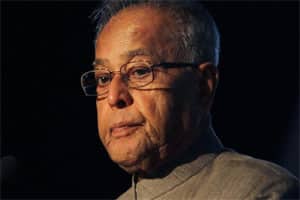 It is a familiar story of India. We often reduce complex history to single events or build it around an individual creating a narrative of mythical proportions. Sexy while the narrative may be, the inherent danger is that it nurtures impressions that cannot be borne out by fact; consequently, when results elude the magic wand, disappointment is immediate and deep-rooted. A more nuanced understanding of history would be so much more illuminating and can eschew unwarranted cynicism.

The most recent instance being what is claimed to be the origin and progress of economic reforms. Popular perception, sponsored by the media, has made us believe it all started in 1991 under the aegis of then finance minister Manmohan Singh. It is now politically incorrect to suggest otherwise. Even a cursory reading of history would tell us that the story of reforms has a much longer vintage and many authors.

The first whiff of reforms—dismantling the licence raj—came in 1980 after the return of Indira Gandhi to power. And, among the first people to initiate the idea of tax reforms was none other than Mukherjee, when he took charge in the finance ministry in the early 1980s.

Thereafter, others took the reforms process forward in fits and starts, including the regime of Rajiv Gandhi, later V.P. Singh and finally under Chandra Shekhar (few would remember but it was Yashwant Sinha who first mooted the idea of public sector disinvestment in his vote-on-account speech).

So in 1991, an incoming regime not only had a blueprint in place, but also a polity that was far more sensitive to the need to alter the country’s economic paradigm. Indeed, Singh was the right man in the right place; due (and not undue) credit should be accorded for his stewardship.

Viewing history in this way has its advantages. Firstly, it shows us that there is far greater collective support for reforms than what is given credit for. It is difficult to believe, but Gandhi, and later Mukherjee (who models himself on her), were complete fiscal conservatives; Gandhi had declared a pass-through of the first oil shock in the 1970s to consumers.

Secondly, it also shows us the folly of believing in magic wands; history is a process of connecting continuous dots and not joining discrete points in time. The story of reforms, spanning now over three decades, shows that it required some serious heavy lifting along the way. The way forward would similarly require not the same but substantially more effort, simply because the stakeholders are many more than there were in the first two decades, and hence more contentious.

Those who believe in the magic wand would of course argue otherwise. In Mukherjee’s exit they see a revival, while during his tenure the blame was on the media for painting a sombre picture. This is being naive. It is akin to claiming that if the Reserve Bank of India cuts interest rates today, everything would be well once again; or that a higher share of foreign direct investment (FDI) in insurance and aviation would solve the woes of the two sectors; or the clearance to FDI in multi-brand retail would fix all the country’s problems ranging from inflation to unemployment.

What it ignores is the fundamental reality of a troubled global economy, a worsening domestic macroeconomic outlook, fragmenting domestic polity, and growing social tensions as growth falters and unemployment worsens (about 10-12 million are added to the workforce every year, while the annual increase in employment is less than a million, no matter what measure is used), and inequality of income and opportunity worsen.

So the bottom line is that you can’t fix one thing and leave the other unattended. In other words, there is no option but to initiate and sustain hard-nosed reforms of all kinds. There is no place for magic wands.