The latest round of negotiations on a new global climate change agreement that recently concluded in Bonn showed promising signs that governments realize the urgency of cooperative action to address this global challenge. 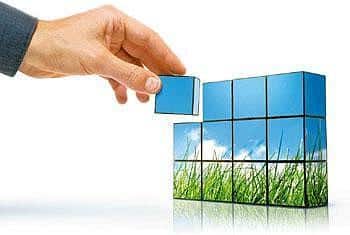 It is critical that industrialized countries commit to significant cuts in their current greenhouse gas emissions, and developing countries—especially those that can influence global emissions—also must take appropriate measures to put their economic development onto low-carbon paths. There are only six months left to conclude a global deal in Copenhagen, which must also address how to finance these developing countries’ actions as well as measures to adapt to climate change impacts.

The extraordinary economic growth in Asia and the Pacific over the past two decades has successfully lifted hundreds of millions out of poverty, but the development pattern followed has not been environmentally sustainable—either locally or globally.

Developing Asia already accounts for about one-third of global greenhouse gas emissions. Unless urgent measures are taken to alter the pathway to development, the region’s share could easily increase to 40% or higher by 2030. With large emission reductions expected in industrialized countries, this would make Asia the main driver of global warming.

The consequences of climate change are already becoming apparent in the region, and more can be expected in the form of increased coastal flooding from rising sea levels, decreased agricultural production from greater rainfall variation, and higher health risks from heat waves and the spread of vector-borne diseases.

A recent Asian Development Bank (ADB) report, for example, warned that these impacts are threatening the livelihoods of millions of people in the region. According to A Regional Review of the Economics of Climate Change in Southeast Asia, the cost of adverse impacts will continue to rise—drawing away between 6% and 7% of Southeast Asia’s income each year by the end of the century unless steps are taken to counter these trends. Similar costs can be expected elsewhere in the region.

With this level of predicted economic damage, the countries of Asia have a strong incentive to help solve the global climate change crisis. In the face of this common threat, there is a convergence of interests as the entire world seeks a solution. Industrial countries must cut back on their current emissions, and Asia’s growth must be decoupled from future increases in the level of greenhouse gas emissions.

This was the clear conclusion of a high-level dialogue on climate change convened in Manila last week by ADB and The Energy and Resources Institute, led by Rajendra Pachauri, who also chairs the Intergovernmental Panel on Climate Change. The meeting was attended by leaders in the climate change, environment and development fields as well as more than 500 participants from across the region and around the world.

Through the introduction of new technologies and policy incentives, Asian and Pacific countries can produce and use energy much more efficiently and lower their reliance on conventional fuels. The region can switch to more efficient modes of transport, and find ways to alter the environmental footprint of rural development, especially by arresting deforestation. As in Europe and North America, new clean energy programmes also can help generate “green jobs" as a by-product of this economic transformation.

Investing in low-carbon, climate-resilient economic growth need not entail a sacrifice of competitiveness; rather, it should represent an investment in long-term economic efficiency, it can generate local as well as global environmental gains, and it also can contribute to improved energy security. We can see countries around the region and world seeking ways to turn their responses to the current economic downturn into opportunities to restructure economies in favour of climate-friendly development.

ADB is supporting this transition. Having set a minimum target of $1 billion per year for our clean energy investments, this was exceeded last year based on strong demand from our client countries. So now, we have decided to increase this annual target to $2 billion from 2013 to push ourselves even harder.

ADB is working with the governments of the People’s Republic of China and India to develop wind power, and is supporting a wide range of energy efficiency improvements, such as a programme to phase out the use of inefficient light bulbs across the Philippines.

With respect to climate change adaptation, we must quickly improve our understanding of the risks posed to development and find cost-effective measures for countries to cope with rising climate impacts. Building climate-resilient economies will mean building such concerns into economic development planning, based on still evolving understanding of climate change science. To help understand these vulnerabilities, ADB is currently conducting analyses of climate impacts on the agriculture sector in Asia as well as the prospect of climate-induced migration. Though many Asian and Pacific countries are already committing to domestic actions, a comprehensive agreement in Copenhagen will provide the structure for global cooperation to avoid the most damaging consequences of climate change. None of this will be easy, but the impetus for action lies in the knowledge that any further delay will only increase the chance of devastating consequences from climate change that would threaten continued prosperity improvements in the Asia-Pacific region.

Haruhiko Kuroda is president of the Asian Development Bank. Comment at theirview@livemint.com