RBI needs to enable, not disable

RBI needs to enable, not disable

Reserve Bank of India (RBI) governor D. Subbarao, during a visit to Jammu recently, seems to have been disturbed by the abysmally low level of credit-deposit ratio—just 35% in 2011—in Jammu and Kashmir (J&K).

For a professional, this reflects a rather poor state of banking affairs. But for the local businessmen it is a way of life. A credit-deposit ratio of 35-40% has been an endemic feature of the state for almost as long as one can recall; except for a brief interlude.

The RBI governor would have done well to glance RBI’s own annual publication, Basic Statistical Returns of Scheduled Commercial Banks in India which shows that in 2008, the credit deposit ratio in J&K was 62.5% (table 1.7 of the report). 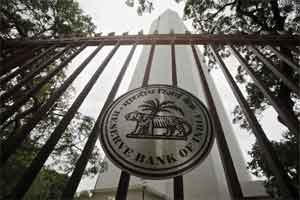 The answers may hold some lessons for the much larger issue of the financial intermediation deficit in the Indian economy. For it is a fact that the 26 million micro, small and medium enterprises that account for nearly half the manufactured output and 40% of its exports, get less than one-tenth of the net bank credit.

Coming back to J&K, there are three principal factors for the low level of lending. First, is the lending methodology adopted by banks which is unsuited for the structure of business enterprises in J&K. Lending in economies such as J&K cannot be generic; it has to be highly granular. Banks are stuck with only one form of lending viz. term loans. They need to move away from financial statement-based lending, or asset-based lending. Most of the businesses in the state don’t own physical assets. For example, in the crafts economy, the skill of the artisan is a knowledge asset. Or in horticulture where land is an asset, but one that is not readily collateralized.

Second is the regulatory insensitivity. In 2009, for instance, the Jammu and Kashmir Bank approached RBI to relax provisioning or allow rescheduling of impaired assets in light of the six months of civil strife when no business activity was possible. RBI, taking a macro view, didn’t relax any norms resulting in a 25% increase in non-performing assets (NPAs) that year only to drop by 30% next year. The bank was thus subject to avoidable volatility.

Yet, a year later, when the national economy was threatened with a downturn RBI, retrospectively, relaxed provisioning norms for banks. RBI virtually changed the provisioning policy. To help a few select public sector banks, it stipulated that banks need not maintain an NPA coverage of 70% that was in vogue till then. If RBI could do it for others, why wasn’t it done for J&K Bank?

In a similar vein, when a bank lends in its own regional/area domain, the issue of “concentration risk" is invoked very arbitrarily which affects the “lend locally" strategy of most of the old-generation private sector banks such as the J&K Bank. These banks, like the J&K Bank, lend successfully in their principal area of operations because they do relationship lending, which is based on “soft" qualitative information gathered through contact over time with the small and medium enterprise and often with its owner and members of the local community. The soft information may often be proprietary to the loan officer and may not be easily observed by others, verified by others, or transmitted to others within the financial institution.

So, when a generic risk standard is applied mechanically to such situations, it impairs the lending model. RBI must recognize the mandate and the mission of such banks and be more sensitive to the needs of these peripheral economies. There can be many ways of addressing issues such as the credit concentration risk. For example, by selling of a seasoned credit book to one of the public sector undertakings. RBI can midwife these transactions.

If all these are not reasons enough for credit-deposit ratio to be low, there are socio-systemic issues within the banking sector. It must be faced that J&K, being a Muslim majority state, suffers on that account too. The Rajinder Sachar committee has unequivocally shown public sector banks (PSBs) have not been lending adequately to Muslims. After studying 27 PSBs, the committee had shown that in the 44 minority concentration districts, the share of Muslims in the population is 33%, but the share in outstanding credit is just 8%. In all districts, while the share of Muslim population is over 13%, their share in credit is barely 4%.

(Disclaimer: The writer is a former chairman of J&K Bank.)