The term “originate to distribute" (OTD), though seldom heard in financial jargon, is increasingly gaining currency, especially in the financial systems of the West. The OTD model is a widely practised variation of traditional financial intermediation. In the traditional model, a financial intermediary (FI), often a bank, originates a loan and holds it on its balance sheet until the loan is amortized and the interest income received. In the OTD model, intermediaries originate loans with the intention of transferring the asset (and its commensurate risk) to another entity. A popular form of OTD is securitization. 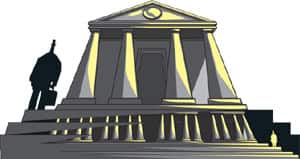 The global financial crisis has put a cloud over the OTD model. The model was largely held responsible for amplifying the extent of the crisis. The debacle has brought the once booming structured finance industry to an abrupt halt.

The central feature of the OTD model is the separation of risk origination from aggregation. By that definition, the OTD model has been around for a long time. Insurance is a clear example. In India, in the area of credit, the extensively used self-help group model is also a variant of OTD, wherein the group acts as the originator for the bank. Another somewhat controversial example is the refinance of cooperative banks by National Bank for Agriculture and Rural Development (Nabard). Nabard has provided a large amount of refinance to a wide range of institutions that provide rural credit, such as scheduled commercial banks, cooperative banks, and regional rural banks. For some entities, Nabard provides 100% loan refinancing, making these institutions pure originators of risk, with little incentive to ensure quality of origination. It could be argued that this resulted in the poor financial performance and led to the massive recapitalization programme that is currently under way. The cooperative bank experience was not a successful application of OTD, as a key success ingredient of the model—the incentives for originators to make high quality loans—was missing.

Some other, well-known variants of OTD include securitization, which became popular in India after the retail credit boom that started around 2000. The market for securitized assets grew at an average annual rate of 100% between 2001-02 and 2004-05. This rampant growth had halted by mid-2008 as the global financial crisis affected the Indian financial sector and mutual funds, the largest purchasers of securitized assets, saw their liquidity dry up.

So, where do we go from here? The future of the OTD model appears uncertain, as some say its overuse was a key cause for the global financial crisis. Yet, the model itself is sound, and can play a key role in scaling up financial services delivery in India. In general, there is an important role for the model when the risk aggregator doesn’t have sound origination capability, which is especially true for insurance companies and pension funds. When volumes are thinly spread and varied, such as in rural finance, it may be more viable to be dependent on specialized origination by local entities.

The case for the OTD model is most compelling in rural finance. To understand why rural finance needs OTD, one needs to understand the comparative advantage of institutions. The local financial institutions (LFIs) are best placed to originate assets. For example, a microfinance institution has good knowledge of the borrowers. Its cost of operations is lower than that of scheduled commercial banks, allowing it to penetrate deeper into rural areas. However, given their small size and local orientation, these LFIs are not in a good position to hold certain kind of risks. LFIs are exposed to huge systemic risks, such as natural disasters, which put savings in danger. This precludes them from taking savings deposits as a means of funding. If this argument is acceptable, the question is—how should a rural LFI fund itself? For funding its loan operations, an efficient strategy for rural FIs is to sell their loans to well-capitalized institutions or financial markets.

LFIs can sell assets to investors looking for returns and portfolio diversification. Also, the priority sector framework helps LFIs by requiring banks to have some of these assets on their books. The OTD model can help create an attractive asset class in rural credit. Banks do not need to set up their own expensive infrastructure to originate rural credit. LFIs can focus on origination, an activity they do best. If they manage the origination process well, they can secure attractive prices for their assets. We surely need to learn more about making the model work. Some early lessons include: the need for originators holding some risk of originated assets so that their “skin is in the game"; the importance of more transparency, and the need for more due-diligence by investors.

Sona Varma and Suyash Rai are with the IFMR Trust. Comment at theirview@livemnt.com