Demographic dividend is said to be occurring when the ratio of the working age population is high and the dependency ratio in terms of proportion of children and elderly people low. This advantage can create the space needed to increase investments in enhancing human capabilities, which, in turn, can have a positive influence on growth and development. 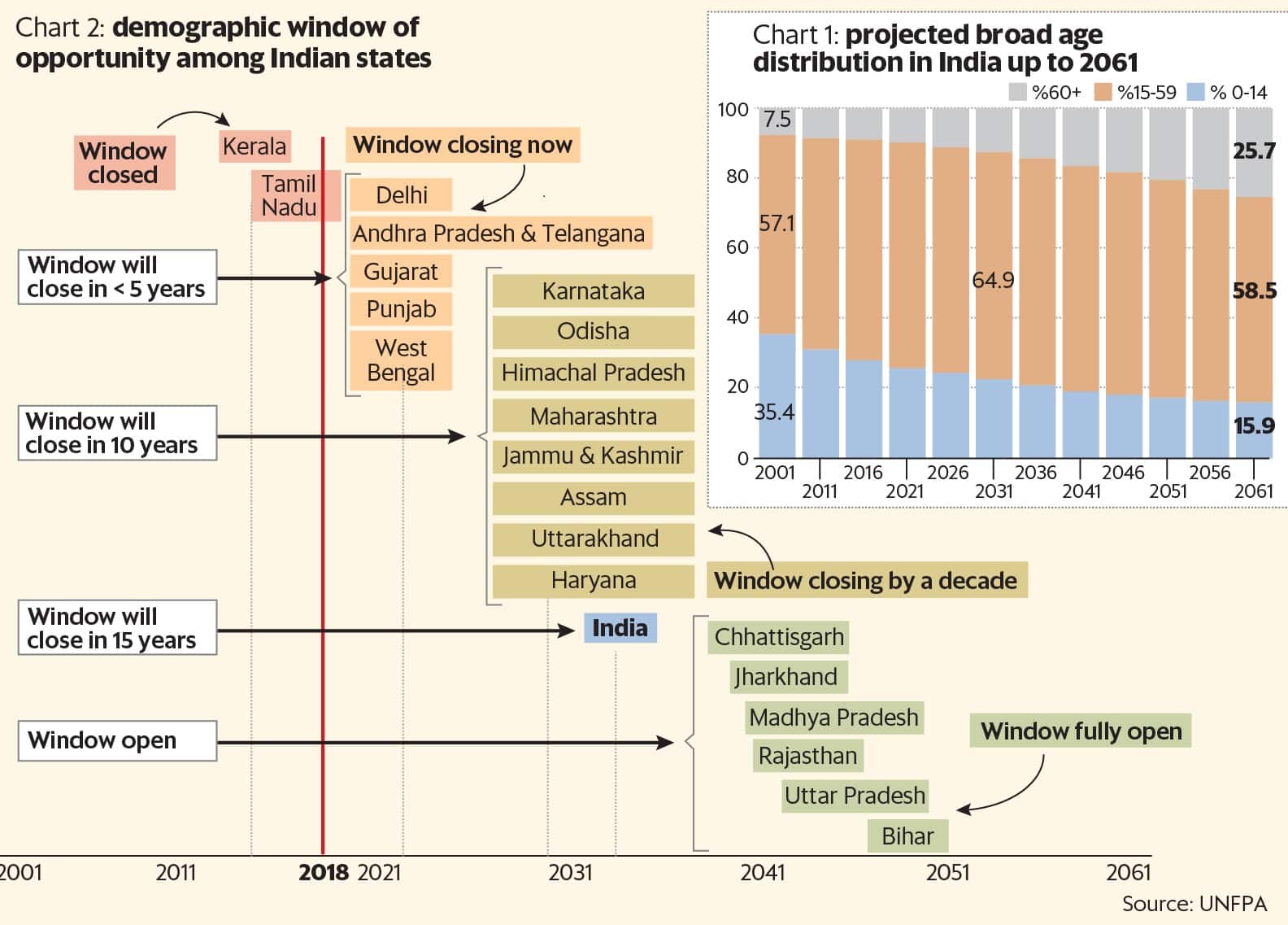 The story gets interesting when we look at the sub-national picture. The demographic dividend is not available in all the states at the same time. This is because different states have behaved differently in the past and are projected to behave differently in terms of population parameters in future also.

To start with, the fertility decline across states and regions has been different. Some states, especially in southern India, started seeing the fertility decline earlier than other states, especially the states in the hinterland. This created regional variations in the degrees and timings of fertility decline. A clear pattern of demographic divergence has emerged in India. When all the states in India are mapped in terms of fertility levels, one sees a predominantly youthful north and a maturing south and west. In brief, it could be said that the demographic transition in India is staggered. Some states have very low total fertility rates, of, say, 1.6 children per woman, while there are other states that are hovering around the replacement level of 2.1. On the other end of the spectrum are the states that still have very high fertility, near or above 3 children per woman.

The permutations and combinations of population parameters have given rise to different age and sex structures in different states. In UNFPA’s study, one can clearly see three sets of states, which will have their windows of demographic dividend available at different time periods as shown in the figure above.

The key finding of the study is that states will have their demographic dividend opportunity at different times because of the staggered nature of demographic transition. As a result, India will enjoy a longer span of demographic dividend because, as the window closes in some states, it will open in other states. This is an important finding as it can guide the socio-economic development policy planning according to the age and sex structures in states or a set of states.

Fine-tuning the planning and implementation of schemes and programmes by factoring in population dynamics is likely to yield greater socio-economic impact and larger benefits for people.