The 81-year-old has been campaigning extensively to lead the party back to power after five years in the opposition. He is also fighting to retain the Gandhinagar Lok Sabha seat in Gujarat where voting will take place on Thursday.

For his age, the man known in the BJP as Iron Man II of modern India (Iron Man I being India’s first home minister Sardar Patel) has displayed energy and stamina that would be the envy of a much younger person.

Leaving his house early in the morning after a simple vegetarian breakfast and returning to sleep well past midnight, Advani holds strategy meetings with his party people, addresses up to four public rallies every day, writes blogs and gives interviews to journalists.

That may be the routine for any politician on the campaign trail, but much more is at stake in these elections for Advani, who is credited with having built the BJP into a formidable political force by adopting an aggressive Hindutva (the Hindu way) agenda. 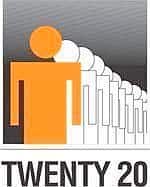 For the first time, he has been projected as the prime ministerial candidate of the BJP. It’s also an election in which Advani is not labouring under the shadow of Atal Bihari Vajpayee, the popular moderate face of the BJP, who is not running for Parliament this time.

“This election is very crucial for Advani and the BJP because he is at the last leg of his career, unless he is very lucky," says Paul Zachariah, writer and political commentator based in Thiruvananthapuram.

Born in Karachi on 8 November 1927, Advani joined the pro-Hindu Rashtriya Swayamsevak Sangh (RSS) the ideological parent of the BJP, in 1942 and came to India following the subcontinent’s independence from British rule and Partition in 1947. He was sent to an RSS chapter in Rajasthan.

Sudheendra Kulkarni, BJP leader and Advani’s adviser, says “the years that Advaniji spent in Rajasthan after Partition as an RSS worker really tested his physical as well as mental strength".

He was jailed in a crackdown on the RSS after the assassination of Mahatma Gandhi by Nathuram Vinayak Godse in 1948. Advani was 21 at the time. In 1951, he joined the Bharatiya Jana Sangh, which was dissolved in 1980. He and Vajpayee then founded the BJP.

A disciple of RSS ideologue Deen Dayal Upadhyaya, Advani also worked as a journalist with the organization’s mouthpiece Organizer. During Indira Gandhi’s Emergency rule, in 1975-1977, he was imprisoned and after the general election that followed in 1977 that ousted her Congress party from power, he became the Union information and broadcasting minister and served till 1980.

In 1986, Advani became BJP president and launched the Ram Janmabhoomi movement demanding that a temple for Hindu god Ram be built at the same spot in Ayodhya where a 16th century mosque stood. Hindus claim that the mosque stands where a temple marking the birthplace of Ram once stood.

He began to increasingly advocate a hardline Hindutva stance that attracted Hindu voters looking for change at a time when the Congress party-led government of the time, led by Rajiv Gandhi, was embroiled in the Bofors arms scandal. The BJP came to power in several states and improved its tally in the Lok Sabha in the 1989 elections to 88 from a mere 2 in 1984.

The mosque was demolished on 6 December 1992 in the presence of Advani and other BJP leaders by hundreds of supporters of the party’s demand for a temple at the site.

During P.V. Narasimha Rao’s reign as prime minister of a Congress government in the early 1990s, Advani emerged as the BJP’s most prominent leader and there was talk of him being the party’s prime ministerial candidate in the next elections in 1996.

But it wasn’t a smooth ride. In 1995 he was indicted by the Central Bureau of Investigation (CBI) in the so-called hawala scam for allegedly receiving payments from hawala brokers. “It took no time for him resign as a member of Parliament and choose to contest elections only after he was given a clean chit by the authorities," remembers Kulkarni. Advani was later absolved of the charges.

After the 1996 general election, Vajpayee became prime minister of a BJP-led government that lasted just 13 days. The party came to power under Vajpayee again in 1998, surviving for 13 months, and served a full term from 1999 to 2004. Advani had to be content with the post of home minister and later deputy prime minister in 1998 and 1999.

In 2005, a year after the BJP had bowed out of power, came one of the most difficult crises in Advani’s public life. He courted controversy during a visit to Pakistan, his birthplace, where he said Mohammed Ali Jinnah, the founder of Pakistan, was secular. His statement triggered uproar in the RSS. Advani had to step down as BJP president in 2005.

But he survived that crisis because “he is a person with enormous will power", says Kulkarni.

“I think at one level such a debate on Jinnah was productive... Both Jinnah and Advani believed that they are liberal and secular... Both believe in two homelands," said Pratap Banu Mehta, president of the Centre for Policy Research, a Delhi-based think tank. “I don’t think that he said that to warm up to Muslims or Pakistan... But it is true that he took some risk while making that comment on Jinnah."

Advani is expected to face a tough fight in Gandhinagar as two assembly constituencies, Ellis Bridge and Naroda, which are BJP strongholds, are no longer part of the Lok Sabha constituency following the redrawing of the constituency’s boundaries in a delimitation exercise.

Although the Congress party’s Suresh Patel, a legislator in the Gujarat assembly, is contesting the Lok Sabha polls for the first time, he is considered to be popular in the constituency. Mallika Sarabhai, a dancer, actor, and activist, is contesting as an independent.

Advani won the 2004 election in Gandhinagar with a margin of at least 200,000 votes. This is the sixth time he is seeking election from the constituency.