Post-poll violence puts CPM in a spot in Bengal

Post-poll violence puts CPM in a spot in Bengal

Kolkata: A month after the Lok Sabha election humbled West Bengal’s ruling Left Front and delivered a morale booster to the opposition Trinamool Congress, post-poll violence has left at least 69 people dead in the state. 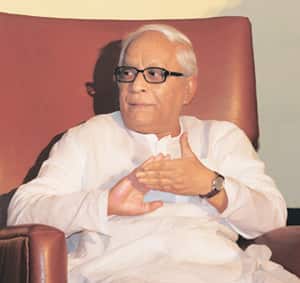 In districts such as West Midnapore, Purulia and Bardhaman, which have traditionally been CPM strongholds, several party offices have been vandalized and workers driven out of their homes. This, in turn, has fanned unrest within the party. And for the first time, CPM leaders in the state are openly criticizing chief minister Buddhadeb Bhattacharjee for the state government’s failure to protect party workers.

Things came to a head after tribals backed by radical political groups killed three CPM activists in Dharampur village in Lalgarh in West Midnapore district on Sunday and demolished the house of the party’s zonal committee secretary Anuj Pandey.

Since December, Lalgarh has been out of bounds for the administration, with tribals joining forces with Maoist activists and seizing control of the area in protest against alleged police brutality.

A week ago, at least 25 offices of the CPM in Khejuri, neighbouring Nandigram in West Midnapore, were torched or vandalized. The police arrested 14 supporters of the Trinamool Congress, but that led to a social boycott of the police in Khejuri.

Even in Bardhaman, where the CPM’s performance in the general election was relatively better than in other districts, unknown gunmen shot dead Falguni Mukherjee, 48, a member of the Bardhaman zilla parishad, or district council, on Monday.

“The police are not listening to us. If we are running the government, why should our supporters be at the receiving end?" asks Rabin Mondal, a CPM legislator from Rajarhat on the eastern fringes of Kolkata. “A large section of the (police) force has sided with the Trinamool Congress."

The Trinamool Congress, headed by Mamata Banerjee, won 19 out of West Bengal’s 42 Lok Sabha seats and its ally, the Congress, won six. The Left Front won just 15, down from 35 in the 2004 general election.

Businessmen in West Bengal are worried about the changing political balance and its impact on industries in the state. At least two businessmen said on condition of anonymity that they were facing unrest among workers at their factories in Durgapur—an industrial belt in Bardhaman district. One of them said he was rethinking plans to expand his facility in Durgapur, for which he had put aside Rs60 crore.

The Trinamool Congress claims its supporters, too, have been facing violence, with 22 of its activists having been killed in the past month.

“We are not instigating violence anywhere... People on their own are attacking CPM leaders across the state in protest against years of oppression," said Sobhandeb Chattopadhyay, a senior Trinamool Congress leader and legislator.

A section of the CPM leadership in the state is threatening retaliation. State secretary and CPM politburo member Biman Bose recently hinted at the possibility. “The administration cannot shun its responsibility…but if it doesn’t work, our workers will have no alternative but to hit back on their own," says Mondal.

Chief minister Bhattacharjee, who has been persuading district-level CPM leaders not to retaliate, faced flak in a meeting with legislators from his party on Monday.

According to a CPM leader who attended the meeting and did not want to be identified, legislators who weren’t “as polite as they normally are", repeatedly asked Bhattacharjee why the police weren’t taking action against the instigators of the violence.

“He couldn’t offer a satisfactory answer…the party is divided on whether we should continue to show restraint or hit back," added this leader.

Raj Kanojia, inspector general of police (law and order), admitted that the administration was in a difficult situation because it was facing “very well trained opponents".

“Maoists from Andhra Pradesh, Orissa have joined the movement," he said. “They are not normal criminals. On top of that, there is a large section of tribals with them. The opposition wants the violence to escalate, but we cannot afford to fall into their trap."

Kanojia refused to comment on the casualty claims of both the CPM and the Trinamool Congress.