Sales overseas are slowing as the deepening global financial crisis crimps spending by customers in Europe and the US, Asia’s biggest overseas markets. Flagging exports may force companies in India to cut production, damping an expansion forecast by the Reserve Bank of India (RBI) to fall to a four-year low this year. 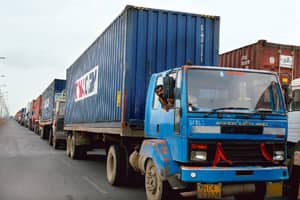 Troubled times: Sales overseas are slowing as the deepening global financial crisis crimps spending by customers in Europe and the US. Ashesh Shah / Mint

Recessions in the world’s main economies will compromise India’s exports, Prime Minister Manmohan Singh said on Tuesday, according to an interview with the French newspaper ‘Le Figaro’.

The US share of India’s total exports declined to 13% in the 12 months to March, compared with 15% a year earlier, according to the latest breakdown of overseas sales from RBI.

In the same period, shipments to Asian countries increased to 42.3%, compared with 39.5%, according to RBI. India gives a more detailed analysis of exports five to six months after the initial data.