Washington: The US has accused Pakistan of illegally modifying US-made missiles to expand its capability to strike land targets, a potential threat to India, according to senior administration and congressional officials. 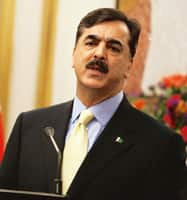 The charge, which set off a new outbreak of tensions between the US and Pakistan, was made in an unpublicized diplomatic protest in late June to Prime Minister Yousaf Raza Gilani and other top Pakistani officials.

The accusation comes at a particularly delicate time, when the administration is asking the Congress to approve $7.5 billion (Rs36,675 crore) in aid to Pakistan over the next five years, and when Washington is pressing a reluctant Pakistani military to focus its attentions on fighting the Taliban, rather than expanding its nuclear and conventional forces aimed at India.

While US officials say that the weapon in the latest dispute is a conventional one—based on the Harpoon anti-ship missiles that were sold to Pakistan by the Reagan administration as a defensive weapon in the Cold War—the subtext of the argument is growing concern about the speed with which Pakistan is developing new generations of both conventional and nuclear weapons.

“There’s a concerted effort to get these guys to slow down," one senior administration official said on condition of anonymity. “Their energies are misdirected."

At issue is the detection by US intelligence agencies of a suspicious missile test on 23 April—a test never announced by Pakistan—that appeared to give the country a new offensive weapon.

US military and intelligence officials suspect that Pakistan has modified the Harpoon missiles, a move that would be a violation of the US’ Arms Control Export Act.

Pakistan has denied the charge, saying it developed the missile itself. The US has also accused Pakistan of modifying US-made P-3C aircraft for land-attack missions, another violation of US law that the Obama administration has protested against.

Whatever their origin, the missiles would be a significant new entry into Pakistan’s arsenal against India. They would enable Pakistan’s small navy to strike targets on land, complementing the sizable land-based missile arsenal that Pakistan has developed. That, in turn, would be likely to spur another round of an arms race with India that the US has been trying, unsuccessfully, to halt.

“The focus of our concern is that this is a potential unauthorized modification of a maritime anti-ship defensive capability to an offensive land-attack missile," said another senior administration official, who also spoke on condition of anonymity because the matter involves classified information.

“The potential for proliferation and end-use violations are things we watch very closely," the official added. “When we have concerns, we act aggressively."

A senior Pakistani official, also speaking on condition of anonymity because the interchanges with Washington have been both delicate and highly classified, said the US accusation was “incorrect". The official said that the missile tested was developed by Pakistan, just as it had modified North Korean designs to build a range of land-based missiles that could strike India. He said that Pakistan had taken the unusual step of agreeing to allow US officials to inspect the country’s Harpoon inventory to prove that it had not violated the law, a step that Obama administration officials praised.

Some experts are also sceptical of the US claims.

Rob Hewson, editor of Jane’s Air-Launched Weapons, a yearbook and Web-based data service, said the Harpoon missile did not have the necessary range for a land-attack missile. Moreover, he said, Pakistan could buy more modern missile technology from countries such as China or South Africa.

“They’re beyond the need to reverse-engineer old US kit," Hewson said in a telephone interview. “They’re more sophisticated than that."

Hewson said the new ship-to-shore missile that Pakistan was testing was part of a concerted effort by the country to develop an array of conventional missiles that could be fired from the air, land or sea to address India’s much more formidable conventional missile arsenal.