Mamata to make another attempt to woo industry

Mamata to make another attempt to woo industry

Kolkata: West Bengal chief minister Mamata Banerjee is making a second attempt to reach out to the industry, five months after her Trinamool Congress party came to power ending the Left Front’s 34-year unbroken rule in the state. 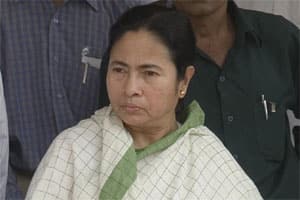 With the state trying to cut expenses, it has been decided that Banerjee’s Trinamool Congress party will pay for the event, said a finance department official, requesting anonymity.

“The meet will be held at a property owned by a Trinamool Congress MP (member of parliament), and the party will pay for the other costs," he said.

Those invited are businessmen with interests in the state and professionals including consultants and lawyers, according to Chatterjee.

“We are creating an opportunity for entrepreneurs to discuss their problems with the chief minister," he said. “Singur is past, let’s look ahead."

Banerjee’s first attempt to connect with the industry on 18 June, within weeks of taking over as chief minister was disappointing, according to a large section of people, who attended the meet.

She evaded questions and couldn’t immediately address a lot of issues, they said, speaking on the condition of anonymity.

Soon thereafter, she refused to attend the national council meeting of the Federation of Indian Chambers of Commerce and Industry held in Kolkata, though industry representatives had come to the city hoping to meet her.

Several steps taken in the past few months by the state government, such as its land policy and its decisions to seize land from Tata Motors Ltd, have created a lot of doubts among businessmen, said the head of a consulting firm, who did not want to be identified.

“It seems she is trying to regain confidence," he said. “But the industry wants clear policy initiatives."

New proposals to set up industries have stopped coming, and at least 250 projects of different sizes are stuck because of the state government’s refusal to acquire land for industrial use, said a commerce and industries department official, who did not want to be named.

“But, I wouldn’t be surprised if our chief minister agrees at the meet to sort out land acquisition issues for some ongoing projects," he said.

“We want to show that we mean business and we are ready to cooperate," said Chatterjee. “Our chief minister is going to make an appeal to the industry to spread the word around."