He said on Friday that the financier of infrastructure projects has the option to repay money loaned to it by the government, contesting a cabinet decision to convert the bonds held by the government into equity at a discount to its stock price, which will bring the lender under state control.

The lender’s stock fell 16% on Friday after the cabinet in a late evening decision on the previous day approved a plan to convert ₹ 923 crore of optionally convertible debentures held by the government in IFCI into equity at ₹ 10 a share, giving the government a 55.57% stake in the firm. Adding that the shares owned by state-run banks and financial institutions, the government’s ownership in IFCI will rise to 68.31%. On Friday, IFCI’s stock ended trading at ₹ 29.25 on BSE. 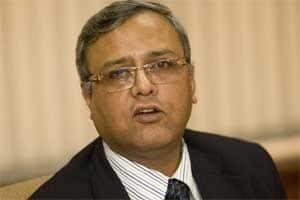 “IFCI has the right to prepay in part or whole the optionally convertible debentures of ₹ 400 crore. That right can be exercised and there would be no surviving claim of the government," Rai said, indicating the lender may oppose the move. “Of the other instrument of ₹ 523 crore, these have not come into existence from the company law perspective as shareholders never approved the issue of this instrument."

Rai said shareholders have the right to take a decision as their equity holding will be affected by the conversion. A planned initial public offering of IFCI may also get delayed, Rai said.

“We are a listed firm. The debentures will have to be converted as per Sebi (Securities and Exchange Board of India) regulations. If the government does convert at ₹ 10, other shareholders who entered at higher levels, will feel the pinch," he said.

Hatim Broachwala, an analyst at Karvy Stock Broking Ltd, said though the uncertainty around the stock has declined, the conversion into equity at ₹ 10 has hit investor sentiment.

“Since the conversion will be at par, there will be very high equity dilution that will bring down earnings per share for existing investors. Had the conversion happened at market prices, the impact on the stock would have been less," he said.

Rai and the government have been at loggerheads for some time. A government nominee opposed his appointment for a second five-year term at a board meeting on 18 April. The government had also constituted a committee of secretaries to look into issues related to IFCI.

Rai is also battling allegations of wrongdoing. In August last year, the Supreme Court issued notices to the finance ministry and IFCI on a public interest litigation that sought Rai’s removal on charges of financial irregularities and corruption. This was followed by a parliamentary panel seeking a Central Bureau of Investigation probe into the appointment of Rai as chief executive and managing director.

When asked about his fate if the government gets a controlling stake, Rai said, “Anything can happen. They may ask me to go. But I would believe that I will be given credit for the turnaround that has been achieved. IFCI, which was on the brink of collapse, now has a net worth of ₹ 4,500 crore."