The father of “white revolution" V. Kurien, who transformed India from a milk-deficient country to the world’s largest milk producer, passed away early on Sunday at Muljibhai Patel Urological Hospital in Nadiad after a brief illness.

He was 90 and is survived by wife Molly Kurien and daughter Nirmala. “Dr Kurien’s body was brought to his residence at around 4am and thereafter has been put in Sardar Hall of Amul dairy in Anand, where people shall pay homage. The cremation is scheduled to take place at 4.30pm today," Gujarat Cooperative Milk Marketing Federation (GCMMF) officials said, adding that he died at around 1.15am. 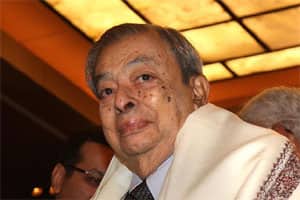 President Pranab Mukherjee expressed grief at the demise of Kurien and hailed him as the one who made enormous contribution to the fields of agriculture, rural development and dairy. Prime Minister Manmohan Singh and vice-pesident Hamid Ansari also expressed their condolences on his death. Terming him as an icon of Indian cooperative movement and dairy industry, Singh said in his long and illustrious career, Kurien set up the Anand model of co-operative dairy development and engineered the white revolution. Kurien’s 90th birthday was celebrated in a big way at his residence in Anand by the GCMMF on 26 November last year.