This is because most of the states that were supposed to acquire the debt will be unable to do so as they would breach their Fiscal Responsibility and Budget Management (FRBM) limits.

The electricity distribution firms owned by the state governments are finding it difficult to raise working capital and owe a staggering ₹ 2 trillion to banks and financial institutions and are servicing the interest on existing loans through fresh borrowings, an indicator of the ongoing crisis in India’s power sector.

According to the contours of the bailout package proposed by the Union power ministry to avert such a situation, while “50% of the outstanding loans and payables for power purchase for funding of accumulated losses of discoms is to be taken over by the state government and converted into bonds with a moratorium of three-five years, the banks on their part would allow a three-year moratorium on principal repayments for 50% of the working capital loan amount without foregoing their interests". 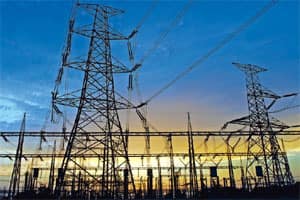 “Issuance of bonds by the states may not be legally possible as many of them have already crossed the FRBM ceiling," said a person aware of the concern requesting anonymity.

Many distribution utilities are saddled with losses arising from theft, besides transmission and billing inefficiencies. Some regularly buy expensive power to tide over short-term deficits, and several haven’t revised rates in years. The poor financial health of these distribution firms means they cannot raise money at all.

A government official, who also didn’t want to be identified said, “FRBM is an issue as the states don’t have the headroom. If the states default on meeting any of these conditionalities, they will be considered defaulters by all the banks."

A senior government official said on condition of anonymity, “The draft cabinet note has already been moved, and comments are awaited from the finance ministry. These reservations may form a part of their comments."

A finance ministry official concerned refused to comment as he said he is not aware of the draft cabinet note.

Apart from new conditionalities such as making the state governments part of these tripartite agreements, other conditions to be met by the discoms include reduction of losses arising from theft, transmission and billing from the present levels of 27%, and regular tariff revisions.

Although the proposal will put additional burden on state finances, it’s a move in the right direction, said Pratap Jena, associate professor at the National Institute of Public Finance and Policy.

“The state governments may need to take the help of the central government and multinational agencies for garnering additional resources required," he added.

The political compulsion to provide free power to farmers has also taken a heavy toll. As agricultural power supply is unmetered, many utilities write off all their losses from transmission and distribution as farm consumption. In addition, tariff revisions are inadequate as the average increase falls behind power purchase costs. The poor financial health is also on account of non-payment of subsidy amounts by the state governments.

“The financial restructuring plan should be approved by the state. If the state distribution companies meet all the requirements, then they will be eligible for availing further short-term loans from the banks," said a government official aware of the plan, requesting anonymity.

The package is based on recommendations made by the B.K. Chaturvedi panel on financial restructuring of discoms that was set up last year to look at the restructuring of the power distribution companies of Tamil Nadu, Uttar Pradesh, Rajasthan, Madhya Pradesh, Andhra Pradesh, Haryana and Punjab, which alone account for around 75% of total distribution losses in the country.

The cumulative losses of the distribution utilities increased from ₹ 1.22 trillion in 2009-10 to ₹ 1.8 trillion as of March 2011. Interestingly, according to a study conducted by energy consulting company Mercados EMI Asia for the 13th Finance Commission, the projected losses in 2014-15 were expected to be ₹ 1.16 trillion.