Home / Politics / Policy /  The progressive decline of the Indian Parliament

The progressive decline of the Indian Parliament

The Lok Sabha has been progressively setting aside fewer days to meet, and meeting even less on those allotted days

The Lok Sabha—the running of which rests with representatives elected by the people of India—has been in a perennial state of decline. It has been progressively setting aside fewer days to meet, and meeting even less on those allotted days. As a result, it is squabbling more and discussing less, and then trying to make up for lost time by pushing through legislation faster. Even the current majority government has failed to rewrite that script.

Parliament is convening, and sitting, for fewer days 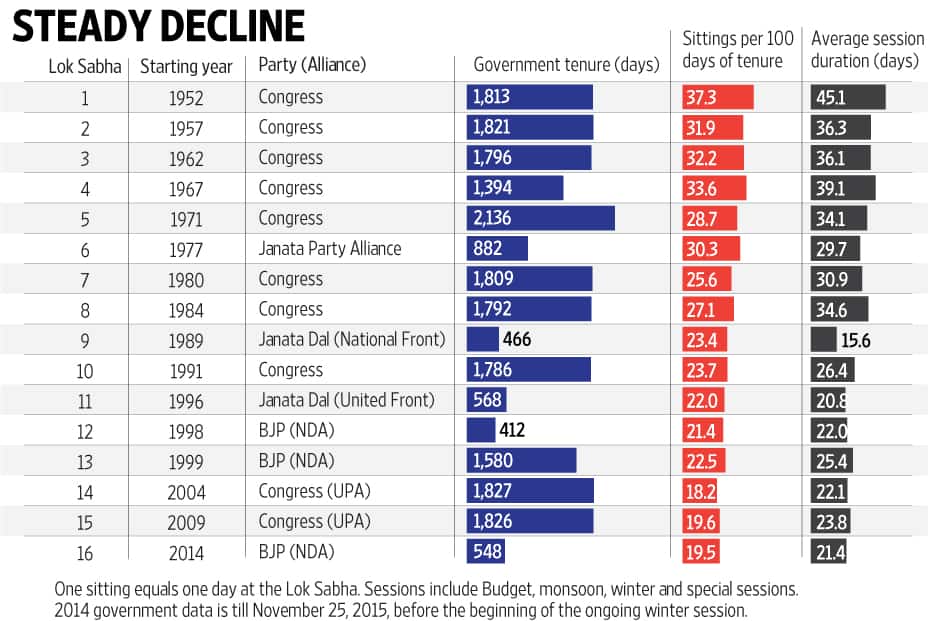 The effect is felt less in the quantity of legislation…

Measured in terms of government tenure, the number of bills being passed by Lok Sabhas in the past decade has seen a 20-40% drop over the first two. However, measured in terms of how much Parliament meets, there has not been a corresponding drop in bills passed. This suggests that the Lok Sabha is passing bills faster, raising questions about whether these pieces of legislation were adequately discussed before being cleared. 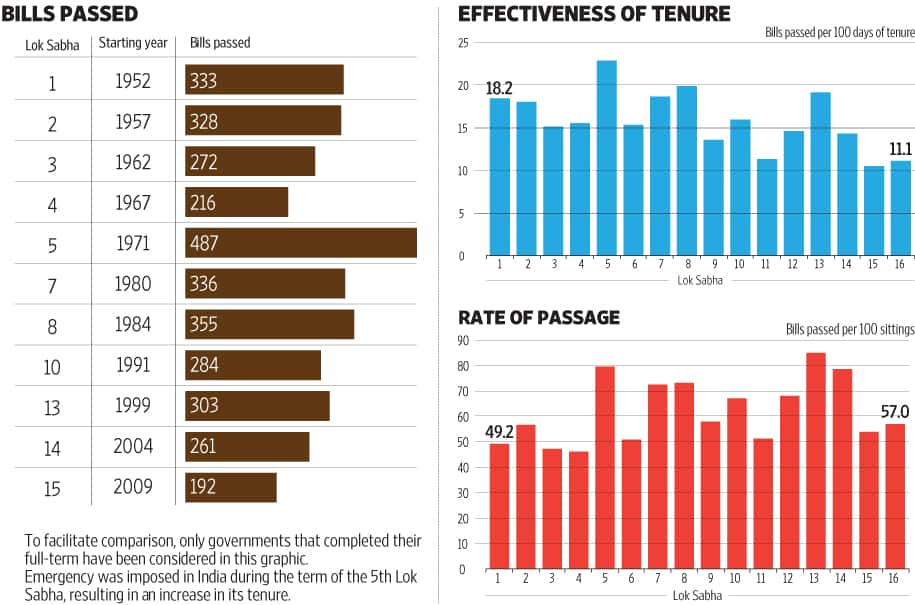 …and more in the quality of discourse that nourishes governance

Speaking in Parliament last week, Prime Minister Narendra Modi said “conversation and debates are the soul of Parliament". That soul is under serious assault. Torn between the polarity of no work—caused by a hostile, tit-for-tat opposition—and the speedy passage of bills to make up for lost time, there’s virtually no time or inclination for discourse that richens a democracy. 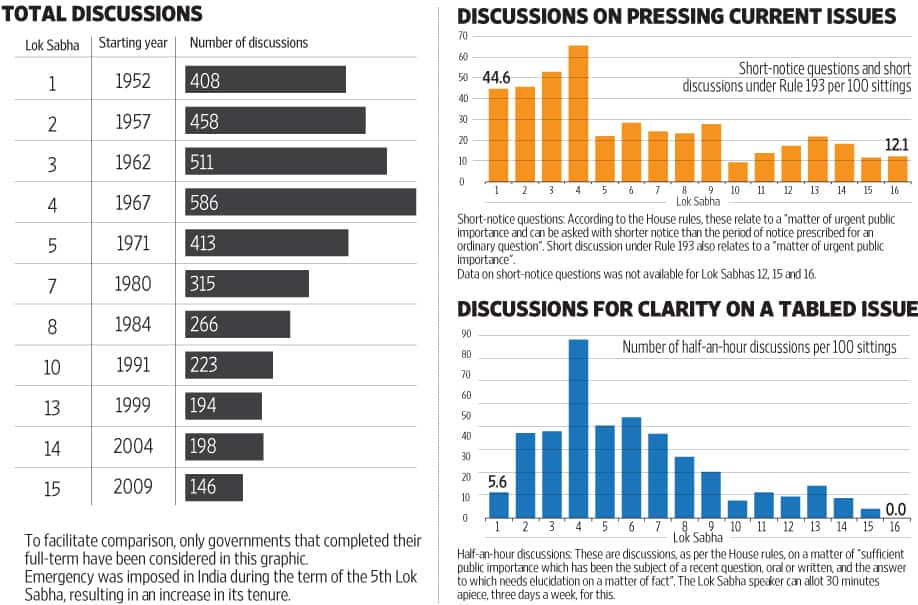