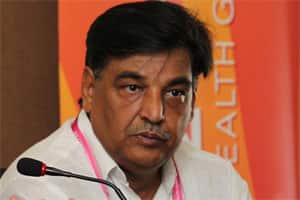 The two had sought bail, claiming parity of their cases with that of CWG OC sacked chairperson Suresh Kalmadi, given bail by the Delhi High Court early this week.

The accused had moved the court for bail the day Kalmadi and OC former director general V K Verma were granted bail by the high court.

The CBI had filed its first charge sheet against Kalmadi and 10 others on 20 May, 2011 in the graft case.

Kalmadi and ten others have been accused of allegedly awarding a contract to a Swiss firm to install a Timing-Scoring-Result (TSR) system for the Games at an exorbitant rate, causing a loss of over ₹ 90 crore to the state exchequer.