New Delhi: The United Progressive Alliance (UPA) government is revisiting both the methodology used to calculate the number of poor and the estimates of poverty with the intention of eventually linking them to its entitlement programmes, after coming under fire for the way it measured indigence.

On Thursday, the government said it had formed a five-member technical group headed by C. Rangarajan, chairman of the Prime Minister’s economic advisory council, to review the way poverty is estimated and examine whether the poverty line should be fixed solely in terms of a consumption basket. 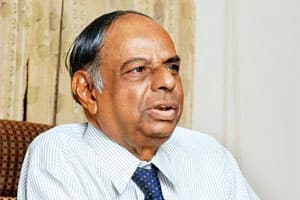 Multiple models: The government has also asked Rangarajan’s group to review alternative methods that are used in other countries. Photo: Ramesh Pathania/Mint

Although no timeframe has been given to the group, it is expected to submit its report in seven to nine months, the minister said.

Other members of the panel are Mahendra Dev, director of the Indira Gandhi Institute of Development Research; K. Sundaram, formerly of the Delhi School of Economics; Mahesh Vyas, of the Centre for Monitoring the Indian Economy; and K.L. Datta, ex-adviser to the Planning Commission.

Barely two years after an expert group headed by the late Suresh Tendulkar submitted its report on a new methodology for estimating poverty, the government admitted in March that it wasn’t in line with the ground reality and said it would evolve a new approach.

A poverty estimate released by the Planning Commission in March showed India almost doubled the pace at which it reduced poverty in the five years to 2009-10, moving 52 million people above the poverty line. However, the Planning Commission’s new poverty estimates, which drew the poverty line for rural India at Rs22.40 per day and Rs28.60 for urban India, invited sharp criticism from the opposition.

Kumar maintained that exploring a new methodology does not mean “the rejection of rationalities" of the report submitted by the Tendulkar committee.

“This would not be fettered by anything that has been done before and that is going to be done in future," the minister told reporters.

The methodology for estimating poverty has been reviewed from time to time. Recent panels include the Alagh committee (formed in 1977) and the Lakdawala panel (1989), apart from the Tendulkar committee (2005), which submitted its recommendations in December 2009.

The Tendulkar panel moved away from a calorie intake-based approach to poverty and included consumption expenditure on health and education.

The terms of reference for the expert group say it will examine whether the poverty line should be fixed solely in terms of a consumption basket or whether other criteria are also relevant, and if so, whether the two can be effectively combined to evolve a basis for estimation of poverty in rural and urban areas.

It will also “examine the issue of divergence between consumption estimates based on the NSSO (National Sample Survey Office) methodology and those emerging from the National Accounts aggregates and to suggest a methodology for updating consumption poverty lines using the new consumer price indices launched by the CSO for rural urban areas state-wise."

The government has also asked the expert group to review the alternative methods used in other countries, including their procedural aspects, and indicate whether on this basis a particular method can be evolved for empirical estimation of poverty in India. It is expected to recommend how the estimates of poverty should be linked to entitlements from centrally funded welfare programmes.