New Delhi: Madhya Pradesh will work towards overturning the Supreme Court’s temporary ban on tourism in so-called core areas of tiger reserves, the state’s chief minister said, adding that it would do this with an eye on the tourist economy.

“We want the Supreme Court to give tourists the permission to enter limited areas," Shivraj Singh Chouhan said in a conference in New Delhi. He added that his government would articulate its stance during the final hearing of the case in the Supreme Court on 22 August. 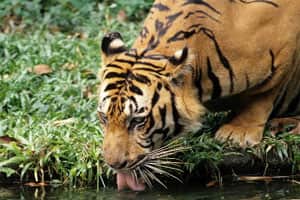 For instance, the Corbett tiger reserve’s total area is 1,318.54 sq. km, of which the core area is 520 sq. km. Chouhan said that his government has asked the ministry of environment and forests to support its stand in court because a ban would affect the livelihoods of thousands of people dwelling in and around the tiger reserves. He met environment minister Jayanthi Natarajan on Tuesday and claimed she had promised to support the state.

“We (environment ministry) have our own stand," Natarajan said. We’ll file an affidavit in the court highlighting our stand."

The National Tiger Conservation Authority (NTCA) has submitted eco-tourism guidelines in the Supreme Court, detailing a framework on selection, planning, development, implementation and monitoring. “Our stand will be along those guidelines," Natarajan added.

At six, Madhya Pradesh has the highest number of tiger reserves in India.

Ajay Dubey, the petitioner in the case, said all he wants is “responsible tourism in the country". He said it would be in everyone’s interest if the chief minister said whatever he wanted to in the court. “He should not speak outside the court," Dubey said. “The NTCA guidelines say tourism is banned in 80% of the core area and we agree with those guidelines."

Besides affecting people working in the tourism industry in the state, and affecting investments in tourism and hospitality, a ban on tiger tourism in core areas of reserves would also affect the livelihoods of tribals living in buffer zones, Chouhan said.

The buffer zone of a reserve is a protected area on all sides of the reserve that ensures no industrial or other project comes up in the vicinity of the reserve, and enables local people to coexist with animals, while keeping their livelihood and cultural rights intact. “Without taking them (these villages) out of the buffer areas, it is not fair to ban tourism completely as it will adversely impact the livelihood of the villagers," he added.

Hari Prasad Yadav, owner of a resort in the buffer area of the Kanha National Park, welcomed the state government’s decision. “The government has to support us. If tourism in core areas gets banned then it is the state government which will be responsible for providing for all the people who end up without jobs."

Chouhan suggested a middle path that “promotes tourism and investments in the industry without impacting nature".