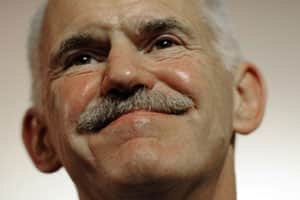 G-20 host President Nicolas Sarkozy of France said Thursday he and US President Barack Obama share views on the need for the financial sector to contribute to crisis resolution measures.

Standing with US counterpart after pre-summit bilateral talks, Sarkozy did not explicitly say Obama was ready to back his plan for a tax on financial transactions, but said they had a “shared analysis" of the problem. (AFP) 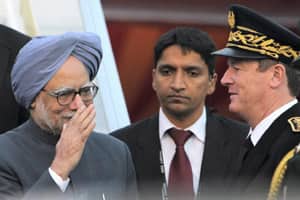 The issue has been on the agenda of G-20 for the last two years and India expects strong statements from the grouping on it during the ongoing summit being attended by world leaders like US President Barack Obama and Prime Minister Manmohan Singh, deputy chairman of Planning Commission, Montek Singh Ahluwalia, told reporters.

Indian tax enforcement agencies are probing details of black money stashed abroad by several Indians, including politicians and businessmen, on the basis of information received about secret accounts with a multi-national bank in Geneva.

The state-run firm, to be known as Logistics Corp of India, will connect rails, roads and ports and invite private sector partnership, director general of Shipping S B Agnihotri said on the sidelines of a CII summit.

The heads of all the three firms - SCI, CCI and Central Warehousing Corp of India - have shown willingness to form the company, but the move was yet to be vetted by the federal ministry of commerce and industry, he added.

American clothing brand Kenneth Cole has entered into a deal with Reliance Brands, a Mukesh Ambani-led Reliance Industries firm, to retail its collection of men and women’s apparel and accessories in 25 planned stores across India over the next five years.

Kenneth Cole and Reliance Brands have signed a licencing agreement for retail and premium wholesale distribution in India.

Under the agreement, five stores will be opened over the next three years, with plans to open an additional 20 stores in the following five years.

SRK to get into motor racing

The motor racing league, called the i1 Super Series was launched in August in 2011. At its launch event, Machdar Motorsports, the promoters had announced that the series, based on the popular city based franchisee format, would have nine teams representing nine different cities in the country including Delhi, Chennai and other metros.

The first edition of the motor sports event is scheduled to hit the tracks in January 2012.

Khan’s company is considering the prospects of investment in the Mumbai franchise but nothing is clear as yet.

“Personally I don’t know much. I haven’t met anyone. My company is looking at it. They had talks with them," Khan told reporters here.

China on Thursday took a great leap forward in fulfilling its ambition to establish a manned space station by 2020 when it completed its first successful docking above the Earth.

The Shenzhou 8 spacecraft silently coupled the Tiangong 1 module more than 343 km above Earth, in a manoeuvre carried live on state television.

The success of the docking procedure makes China the third country in the world, after the United States and Russia, to master the technique, moving the country one step closer to establishing its own space station.

The euro edged lower on Thursday, hurt by jitters over Greece’s plan for a referendum on the euro zone debt deal, with market players seeing the risk of more downside in the next couple of months.

The euro retreated as attention shifted back to Greece after the US Federal Reserve offered no new stimulus on Wednesday, saying it was mulling the possibility of buying more mortgage debt to spur a struggling recovery.

North Korea’s closed economy contracted for a second year in a row last year due to international sanctions, sluggish agricultural production and a slowdown in manufacturing, South Korea’s central bank said on Thursday.

In a report issued by the Bank of Korea (BOK), the North’s centrally-planned economy was estimated to have shrunk 0.5% year-on-year in 2010 compared with a 0.9% contraction in 2009.

The North currently ranks as one of the world’s poorest and least developed states.

It does not release economic data, and the South calculates the figures through specialist institutes which monitor the North’s economy.

Shares in LG Electronics Inc shares dived 14% on the Korea Exchange on Thursday, their biggest daily fall in more than three years, on reports it was planning an $890 million share sale to fund new profit generators, as its core handset business struggles.

“The plan is aimed at beefing up new businesses, rather than cash flow problems," the official was quoted as saying.

LG Electronics, the world’s No.2 TV maker and third-biggest handset vendor, is seeking to expand into new areas such as solar energy, healthcare and water processing, as its core businesses are deep in the red and the TV operation also has a razor-thin profit margin.

Suspected suicide attackers launched an assault near a base used by NATO-led forces in the western Afghan province of Herat on Thursday, authorities said, and gunfire was still being heard although there was no immediate word on casualties.

Herat government spokesman Mahuddin Noori said suicide bombers and gunmen had entered a separate compound used by a security firm near the NATO base and that fighting was continuing.

A spokesman for the NATO-led International Security Assistance Force (Isaf) said the explosion was about one kilometre from their Herat base. Italian troops are mainly based in Herat.