New Delhi: The Delhi high court on Friday quashed the 200 text-messages-a-day limit imposed on mobile phone users by the telecom regulator, potentially opening the gates to a renewed flood of SMS spam. 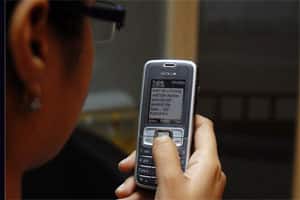 The court allowed the Telecom Regulatory Authority of India (Trai) to come out with more appropriate regulations for curbing commercial spam messages.

The limit on text messages imposed by Trai was part of new regulations to restrict unsolicited commercial communications (UCC) and was announced in December 2010 after consultations and discussions on the issue that started on 11 May 2010.

The stricter ‘Telecom Commercial Communications Customer Preference Regulations’ made it easier to complain against violations of the rules and set penalties ranging from ₹ 25,000 for the first offence to ₹ 2.5 lakh and blacklisting, for the sixth offence. The regulations restricted a mobile user from sending more than 100 texts a day. This was later raised to 200. The new rules were implemented after earlier regulations issued on 5 June 2007 failed to act as a deterrent to spam communications.

“In normal circumstances, most users would find it difficult to send more than 200 SMSes in a day. Trai’s view was very balanced and it allowed for many exceptions through amendments that followed," said Anil Prakash, president of a New Delhi-based non-profit consumer group, Telecom Users Group India. “Without these limits, the elements that caused the problem will be able to send their communications directly now, instead of looking for indirect and more difficult methods."

The high court order came after a public interest litigation was filed on behalf of Telecom Watchdog, a non governmental organization, by lawyers Prashant Bhushan and Pranav Sachdeva. Bhushan is a part of the anti-corruption campaign led by social activist Anna Hazare.

“Our case was based on three main grounds. That there is no limit on the number of SIM cards allowed and so it is hardly a deterrent. Secondly, there is no such limit in any other country of the world and thirdly, the rules were against the freedom of speech and expression," Sachdeva said.

“The SMS cap has been imposed in a non-transparent manner as prior consultation with all the stakeholders is necessary to fulfil the requirement of transparency mandated under the TRAI Act," according to the petition filed by Telecom Watchdog. “Such a cap violates the sanctity of democratic norms and right to freedom of speech and expression of every person in the country."

Arvind Kejriwal, a close associate of Anna Hazare, said there had been apprehensions that the SMS limit had been imposed by the government to “put obstacles" in the way of the anti-corruption campaign.

“We are happy with the judgment as SMSes have played a key role in the movement," he said, adding that mobile-phone messages would be used in the next phase of the anti-corruption agitation, beginning on 25 July.

For more than a year, Hazare and his team have been using the SMS route to plug their campaign, programmes and meetings.

Anuja contributed to this report.