Mumbai: The Reserve Bank of India (RBI) on Friday trimmed its key lending rate by a quarter of a percentage point and sought to temper expectations of further rate cuts with a warning that the risk of a resurgence in inflation left “little space for further monetary easing".

The central bank cut the repo rate, at which it lends money to commercial banks, to 7.25% from 7.5% while keeping the cash reserve ratio (CRR), the portion of deposits that banks need to keep with RBI, unchanged at 4%. It is the fourth time since April 2012 that the central bank has lowered the repo rate.

For consumers in Asia’s third largest economy, the widely anticipated rate cut doesn’t hold out prospects of an immediate lowering of borrowing costs, given that banks aren’t likely to cut lending rates very soon. It isn’t likely to provide a fillip to India’s flagging economy either, because the slump in growth is due more to the absence of fresh investment and governance issues rather than the cost of funds, analysts said.

RBI governor D. Subbarao has been under pressure from both the government and industry to lower borrowing costs to spur economic growth, estimated to have slumped to 5% in the year ended 31 March, the slowest pace in a decade.

RBI expects wholesale inflation to be range-bound around 5.5% during the current fiscal year and has projected growth in gross domestic product at 5.7%, lower than the government’s forecast of 6.1-6.7%.

“It needs to be supplemented by efforts towards easing the supply bottlenecks, improving governance and stepping up public investment, alongside continuing commitment to fiscal consolidation," the central bank added.

The rate cut, accompanied by the hawkish guidance, sent mixed signals to the markets. BSE’s benchmark equity index, the Sensex, which lost 100 points immediately after the announcement, pared most of its losses, and then fell again to end 0.8% down at 19,575.64 points. The broader 50-stock Nifty index of the National Stock Exchange lost 0.92% to close at 5,944 points.

The extent of the rate cut didn’t enthuse government or industry too much.

“Let’s accept what has been done today and let us see what the future holds," said finance Minister P. Chidambaram.

If inflation were to fall further, it would provide room for further monetary easing, he said.

“A 50 bps cut in policy rates would have provided a strong boost to the economy and made a significant impact on investor sentiment," said Chandrajit Banerjee, director general of the Confederation of Indian Industry lobby group.

Naina Lal Kidwai, president of the Federation of Indian Chambers of Commerce and Industry, hoped banks would lower lending rates in line with the RBI rate cut.

But banks are reluctant to do so.

“There’s not much scope for a cut in lending rate. There is nothing to transmit. Even 1 basis point (cut) is much too high," said Pratip Chaudhuri, chairman of State Bank of India, the nation’s largest lender.

Other leading bankers, including Aditya Puri, managing director of HDFC Bank Ltd, and K.R. Kamath, chairman and managing director of Punjab National Bank, said any immediate cut in lending rates is unlikely, as deposit rates remain high. Any reduction in deposit rates may not happen as banks’ deposit mobilization is already low. In the past too, few banks have taken the cue from RBI rate cuts. 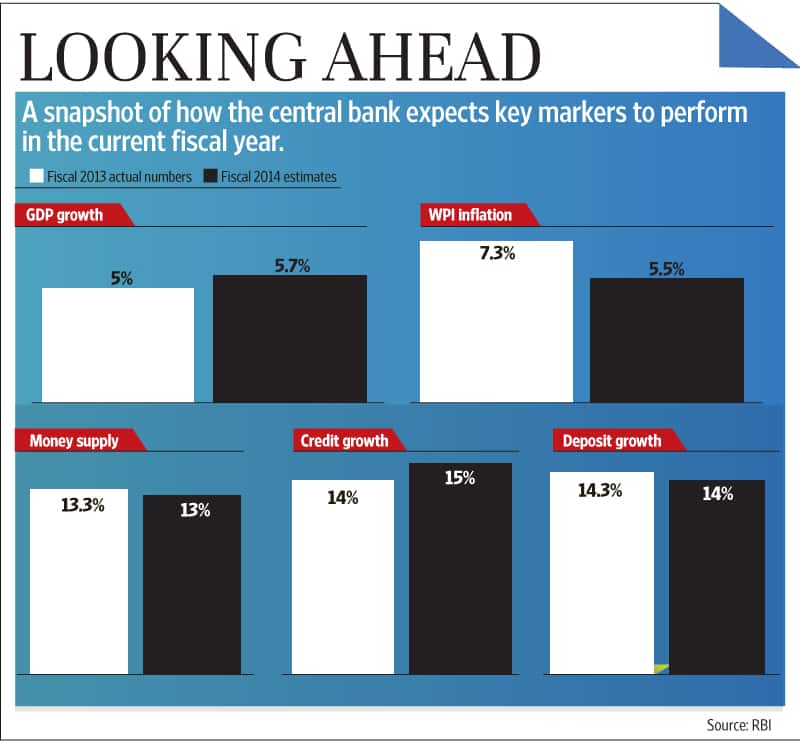 Most economists say the central bank has come to the end of its current rate-easing cycle, although some expect another 25 bps rate cut in the latter part of the year.

“While the room for further monetary policy easing has essentially been exhausted for now, in our view, it cannot be ruled out that the RBI may still fire another small salvo in coming months," said Leif Eskesen, chief economist (India and Asean) at HSBC Holdings Plc.

“RBI is unlikely to cut again in its June 17 policy meeting. We also think that the probability of a cut in the July 30 meeting is only slightly higher than 50%. Market expectations of more than three policy cuts over the next 12 months would likely be tempered in our view, given the RBI’s guidance," Poddar said.

One further 25 bps reduction is likely this calendar year—“an outcome broadly priced in by financial markets", said Richard Iley, chief Asia economist at BNP Paribas. “A pause at the next policy review in mid-June, therefore, looks probable although one further 25 bps rate cut should be delivered at end-July policy review," he said.

Siddhartha Sanyal, Rahul Bajoria and Rohit Arora, economists at Barclays Plc, also expect further rate cuts going ahead. “Given that the RBI sees headline inflation remaining range-bound near 5.5% in FY13-14, we see opportunities for the central bank to ease further and remain growth-supportive," they said.

India’s wholesale price inflation exhibited a steadily easing trend throughout the fiscal year to March, dropping below 7% in February and allowing RBI headroom to cut rates. On the other hand, persistently high inflation based on the Consumer Price Index (CPI) limited RBI’s room for a bigger rate cut.

CPI inflation stayed in double digits for most of last fiscal, negating the benefit of slowing wholesale price inflation and adding to the central bank’s dilemma on the course of monetary action amid a slowdown in economic growth. CPI was 10.39% in March.

Highlighting its concern on high inflation, the central bank said upside risks to inflation will remain significant in the near term.

“With upside risks to inflation still significant in the near term in view of sectoral demand supply imbalances, ongoing correction in administered prices and pressures stemming from MSP (minimum support price) increases, monetary policy cannot afford to lower its guard against the possibility of resurgence of inflation pressures," RBI said.

“Reserve Bank is clearly more pessimistic than the government is," said Planning Commission deputy chairman Montek Singh Ahluwalia. “I think that the government forecast as of now is feasible."

Rising food prices have been a major concern for the RBI in the last three years, prompting it to hike its key rates 13 times between March 2010 and October 2012 to fight inflation, before reversing its policy stance in April 2012.

Since March last year, RBI has cut CRR by 75 bps in phases.

Besides inflation, RBI is also concerned about the widening current account deficit (CAD) that hit a record high of 6.7% in the third quarter, due to falling exports, and large imports of gold and crude.

“Monetary policy will also have to remain alert to the risks on account of the CAD and its financing, which could warrant a swift reversal of the policy stance," the RBI governor said. The central bank announced measures to curb banks’ gold imports and loans given against the metal.