Something odd happened in New York’s Zuccotti Park on the day Steve Jobs died. The crowd that has camped there as part of the Occupy Wall Street movement to protest against the American plutocracy took some time off to mourn the death of a businessman who was one of the richest people in the world, as did thousands of other ordinary people in various parts of the world. The World Economic Forum (WEF) is hosting its 2011 India Economic Summit in Mumbai from 12-14 November. This is the first time in 27 years that the summit is being held outside New Delhi. The choice of the business capital rather than the political capital is interesting given the theme of the conference: Linking leadership with livelihood. The new location suggests that companies have a critical role to play in dealing with various social challenges facing India.

“Through better governance, delivery systems, transparency and stronger implementation, leaders from government, industry and civil society can collaborate to improve the education system, invest in much-needed infrastructure, increase agricultural productivity and ensure equal distribution of opportunities," says the WEF in a note.

Businesses do not get enough credit for making the world a better place—from the Ford Model T to Facebook. Management thinker Peter Drucker saw the company as a social institution, just as the state, family or school is. That was his fundamental insight, the starting point for all the management theory that followed. Drucker argued that sustainable business success would only be possible if companies are aware of the underlying social challenges. “Only if business learns how to convert the major social challenges facing developed societies today into novel and profitable business opportunities can we hope to surmount these challenges in the future," he presciently wrote way back in 1968.

There is no shortage of social challenges right now, even as the past three decades of globalization have lifted income levels across the world. Real incomes in India have more than tripled since the reforms of 1991. Discretionary spending has exploded. Indian companies have become globally competitive. The Indian economy continues to be one of the most dynamic in the world, despite the recent slowdown. There is no reason to abandon the path chosen in 1991.

Yet, there are important challenges ahead: in governance, infrastructure, livelihood, water, education, energy and the environment. Each of these problems is well known. The existing systems through which welfare programmes are administered are in a mess; the public distribution system is one example. The ragged state of our roads, ports, airports and electricity systems holds back economic growth. Rural households need skills, capital and access to markets so that they can increase their incomes on a sustainable basis, something that the ambitious National Rural Livelihood Mission will seek to do. India needs to think about green energy to protect the environment, economic growth and national security. 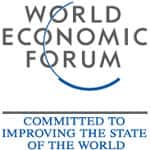 Some early signs of progress are evident. The Tata group has designed a low-cost water purifier that could potentially improve health parameters in poor communities. The ICICI Foundation for Inclusive Growth runs two of the Rural Self Employment Training Institutes that have been set up by the Rajasthan government as part of a national programme. Hindustan Unilever Ltd publishes an annual sustainability report to track its progress on three parameters: increasing awareness in the community on health and hygiene, buying all its inputs from sustainable sources within 10 years, and reducing the environmental footprint by half over the entire value chain, from raw material producers to consumers.

India is already a $2 trillion economy—and this number could double every decade if current rates of economic growth are maintained. Such growth will have to be inclusive and sustainable, given that inequality is creeping up and there are early signs of stress on natural resources such as land, water and energy. The government, companies and civil society organizations may have to work together to design solutions.