Maharishi Mahesh Yogi, who introduced transcendental meditation, also known as TM, to the West and gained fame in the 1960s as the guru to the Beatles, died on Tuesday at his home and headquarters in Vlodrop, the Netherlands. He is believed to have been in his 90s. Steven Yellin, a spokesman for the organization, confirmed the Maharishi’s death, but did not give a cause. 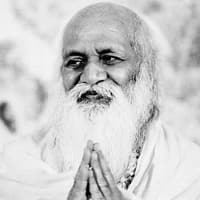 On 11 January, the Maharishi announced that his public work was finished and that he would use his remaining time to complete a long-running series of published commentaries on theVedas.

The Maharishi was both an entrepreneur and a monk, a spiritual man who sought a world stage from which to espouse the joys of inner happiness. His critics called his organization a cult business enterprise.

The Maharishi originated the transcendental meditation movement in 1957 and brought it to the US in 1959. The movement was a founding influence on what has grown into a multibillion-dollar self-help industry.

The visibility and popularity of the organization can largely be attributed to the Beatles. In 1968, the band, with great publicity, began studying with the Maharishi at his Himalayan retreat in Rishikesh. They left in the wake of rumours of sexual improprieties by the Maharishi, an avowed celibate, though no sexual-misconduct suits were filed and some of the participants later denied that anything untoward had occurred.

Since 1990, the Maharishi had lived in Vlodrop with about 50 of his adherents, including his “minister of science and technology," John Hagelin, a Harvard-educated physicist, who is expected to oversee the organization in the US.