Govt to invite bids for setting up email system for employees

Govt to invite bids for setting up email system for employees

New Delhi: The government is preparing to invite bids from technology firms to set up an email system for the millions of people it employs, according to a government official and corporate executives who participated in a pre-bid meeting this week.

The email system should have the ability to be scaled up to handle as many as five million users, which would make it one of the largest such networks globally.

Microsoft Corp. (which offers the Outlook email service for companies and other entities and Hotmail for individuals), International Business Machines Corp. (Lotus Notes), VMWare Inc. (Zimbra) and Oracle Corp. have shown interest in the bid. 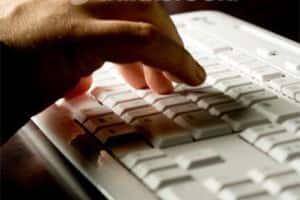 The existing system caters to about 500,000 users, NIC official said, declining to be identified.

According to the Economic Survey 2011-12, there are around 17.9 million employees in the public sector.

NIC operates the so-called NICNET, a government network that connects its various departments, ministries and institutions across the country.

The government has faced criticism for forcing even senior officials to use free email systems for official business, posing a potential security threat.

“The ministry of commerce sends market-moving inflation data via a Gmail account, and the Indian Air Force uses another to send media updates on competitive bidding for an $11 billion combat-jet programme," it said.

The article added that the Intelligence Bureau had issued a directive saying that government workers should use official email accounts.

“One of the main reasons why government officials use private email services is that the current system is not up-to-date and because many state governments are not connected to the central network," said Sivarama Krishnan, executive director at consultancy and audit firm PricewaterhouseCoopers Pvt. Ltd.

“Even though most of the official work doesn’t happen through emails right now, with the government target of going paperless, this is the first step in that direction," he said.

Government networks have been found to be easy targets for cyber attacks, Krishnan said, adding the government needs to implement various security measures and get all government and related entities on a standard official emailing system.

While the government’s plan has drawn interest, a clause in the tender document has some potential bidders worried.

Its eligibility criteria, set by NIC, requires the prospective bidders to have implemented a messaging system in an organization with an active user base of at least three million in India or abroad.

An executive with a company that may bid for the contract said only a handful of organizations in the world have such a huge employee base. “This clause will make it difficult for even big multinational companies to qualify," the executive said, also asking not to be identified.

The NIC official declined to comment on this issue but said, “Our objective is to get the best of technology and systems."

An executive with another company that participated in the pre-bid conference said his company is verifying whether it will qualify to bid under the proposed terms, but said the “precondition of having such experience is not completely unwarranted" considering the size of the project.

None of the company executives agreed to be identified.