The 77-year-old politician was selected last month as the ruling coalition’s nominee to succeed President Pratibha Patil, despite some clashes between various coalition partners as to whom would make the best candidate.

“I am grateful to them as they have reposed faith in me to occupy the office which was occupied in past by great stalwarts of this country," Mukherjee told reporters after filing his papers. 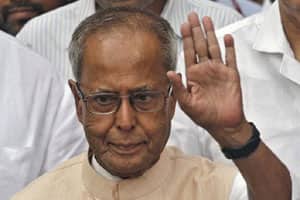 A veteran figure in the ruling Congress party, Mukherjee’s popularity cuts across party lines, although he has recently faced sharp criticism over his stewardship of the faltering Indian economy.

Although the President is India’s titular head of state, the post is largely ceremonial with real executive power residing with the Prime Minister and the Cabinet.

Indian presidents are selected by an electoral college comprising MPs from both houses of Parliament and state legislatures.