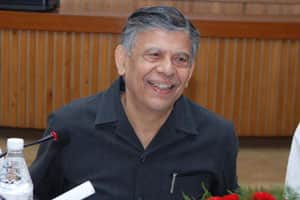 The recommendations for disciplining the government expenditure have been given in the backdrop of the fiscal deficit reaching over 50% of the target for the whole year of 2012-13.

In absolute term, fiscal deficit - the gap between revenue and expenditure - stood at ₹ 2.64 lakh crore in the April-July period.

The Kelkar Committee has submitted its report in less than a month of being appointed by the finance minister, in view of urgency in controlling government expenditure.

The Centre’s fiscal deficit had ballooned to 5.76% of GDP in the last fiscal on account of high fuel subsidy outgo and other expenditure. The government has not been able to decontrol diesel prices even after taking in-principle decision.

“We intend to unveil, shortly, a path of fiscal consolidation ... The burden of fiscal correction must be shared, fairly and equitably, by different classes of stakeholders. The poor must be protected and others must bear their fair share of the burden," Chidambaram had said in his first media interaction last month.

The Centre hopes to bring down the deficit to 5.1% of GDP in the current fiscal but the task seems difficult in view of rising oil, food and fertiliser subsidy bills.

The Reserve Bank as also several global credit rating agencies have been raising concern over the increasing fiscal deficit, which has a bearing on the inflation as well.