Be it technical disciplines such as engineering and medicine, or non-technical subjects, this Karnataka district has the largest catchment of graduates aged 20-34—a bracketing that captures young students and working professionals—among all districts, shows recently released Census 2011 data on higher education. Even at a city level, Bengaluru compares well against Mumbai and Delhi.

India is not a graduate country—just 12.5% of the 301 million people in 20-34 age bracket have at least a graduation degree or equivalent. It also shows deep disparities—in more than half the districts, this figure is below 10%. In just 8% of districts is this figure above 20% and five of the top 10 districts are in Delhi. 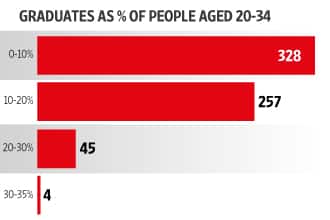 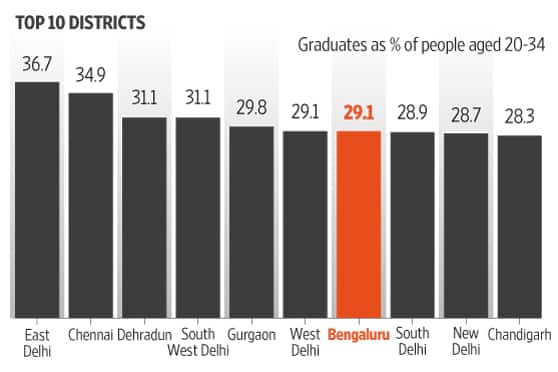 In terms of the absolute number of graduates in the 20-34 bracket, Bengaluru leads all districts. But a census district is often not an entire city as we know it. It is for Bengaluru, but not for any of the four main metros. For example, Delhi is divided into 10 districts. In order to show an indicative city picture, we remapped district-level graduate data for the four main metros by ‘urban agglomerations’ (the census equivalent of a city). Even here, Bengaluru compares well against more established economic centres like Delhi and Mumbai. 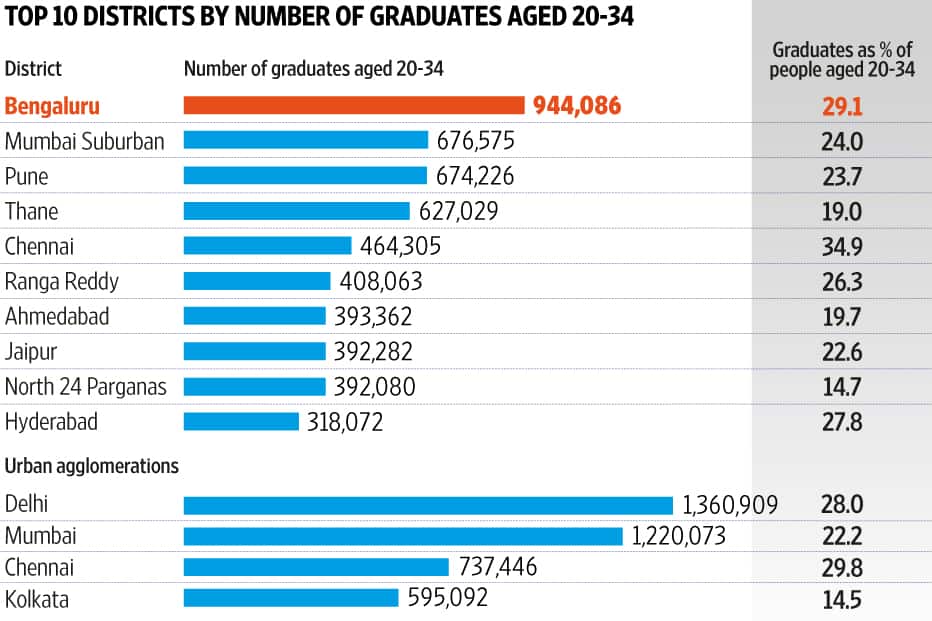 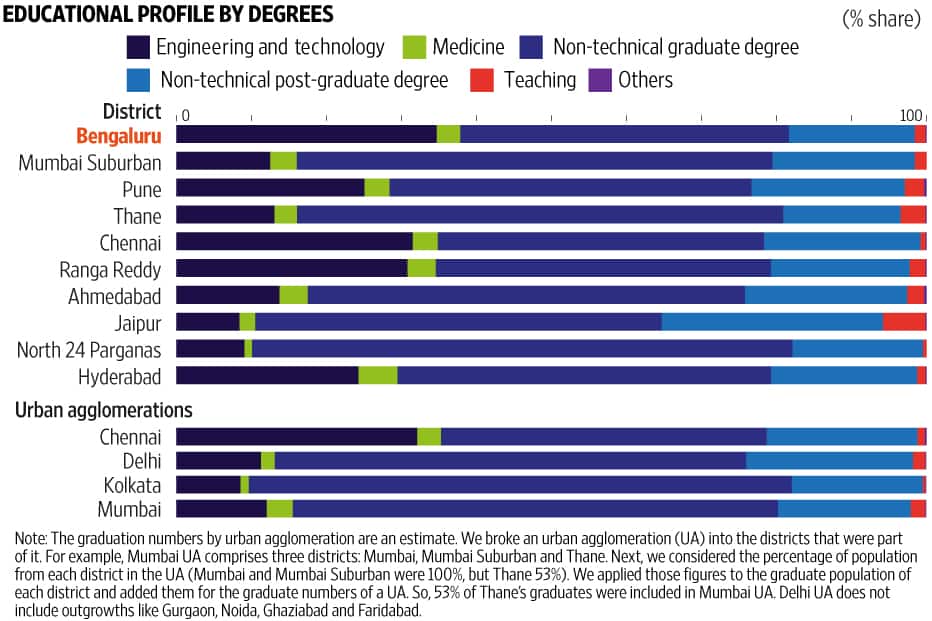 Just three states account for nine of the top 10 districts: Tamil Nadu, Telangana and Maharashtra. The remaining district—Bengaluru—has the maximum number of engineering/technology graduates, more than Delhi and Mumbai put together. 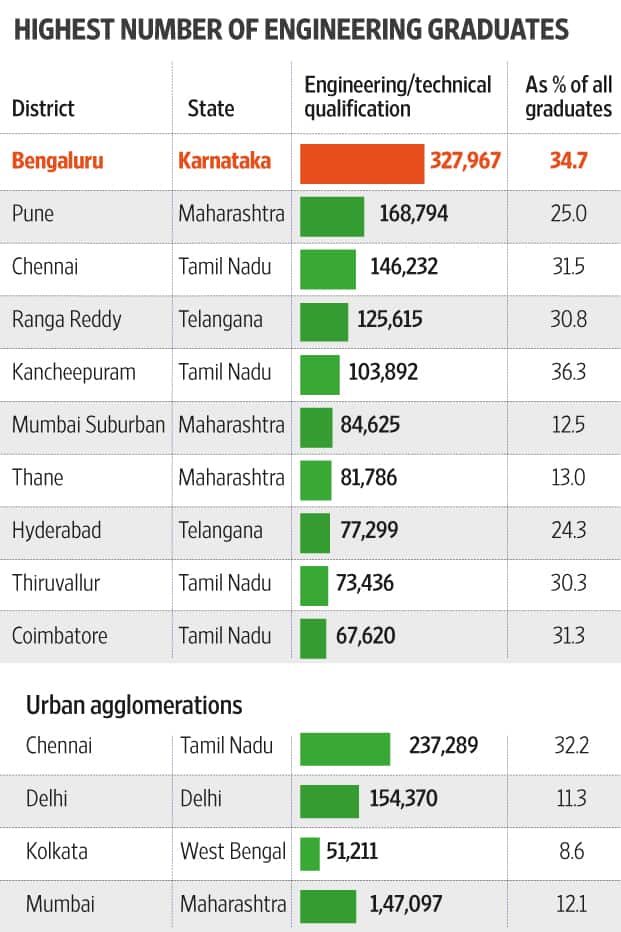 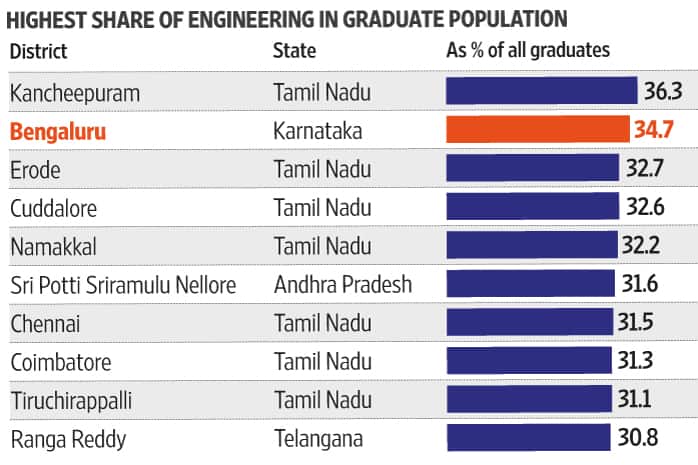 Bengaluru leads all districts in medicine. It even has more graduates than Chennai or Delhi, though not Mumbai. As a discipline, among states, medicine is the most popular choice in Kerala. 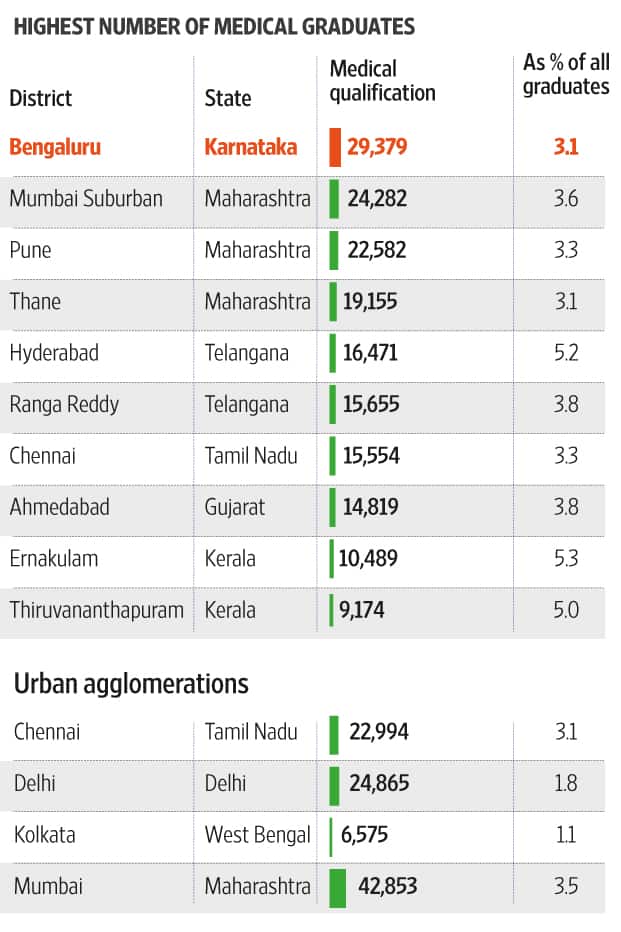 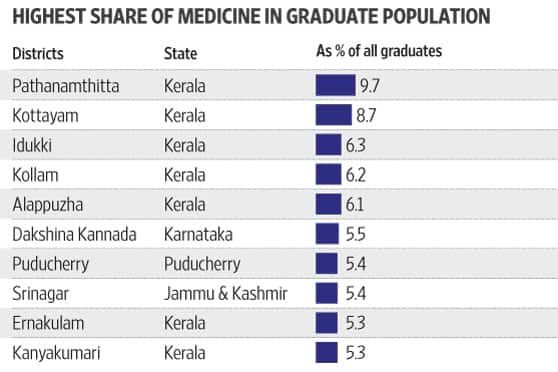 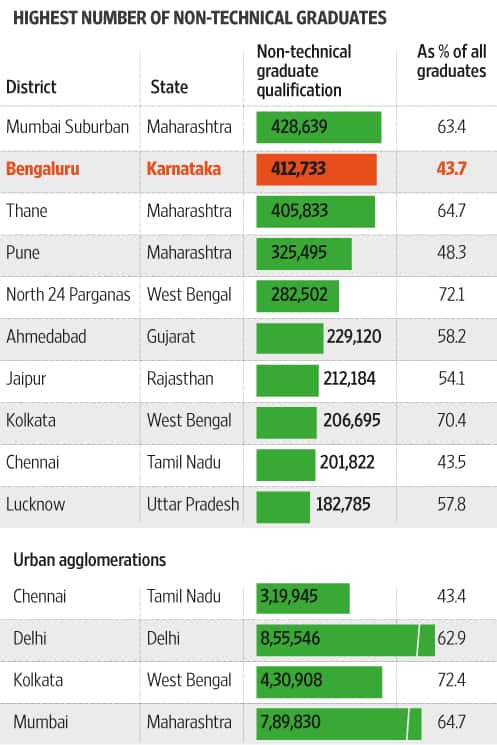