The India-Bharat gap is not widening

Difference between average spending in urban and rural areas declined by 0.6 percentage points between 2004-05 and 2011-12

The seven years between 2004-05 and 2011-12 have been among the most prosperous phases India has ever seen. What makes this phase unique is that the gains from high growth have been more evenly shared between rural and urban India than before.

Real rural consumption expenditure grew at an average annual pace of 3.3% in the period, compared with an anaemic annual pace of 0.8% 11-year period between 1993-94 and 2004-05, at constant 1987-88 prices, according to the National Sample Survey Office. 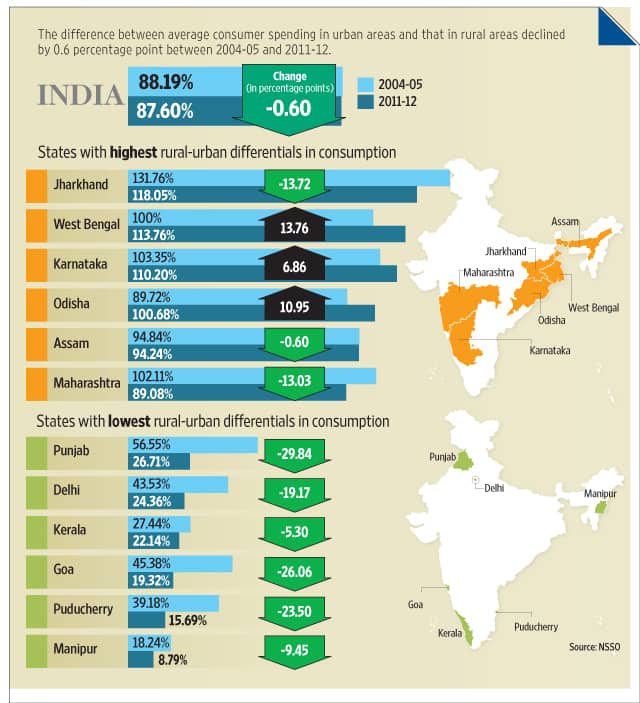 This is the second in a several-part series Mint will run over the next few weeks.