New Delhi: The urban development ministry said on Monday it has constituted a two-member panel to affix responsibility for defects in the Delhi Airport Metro Express line that led to the suspension of its services on 8 July.

The line is operated by a subsidiary of Reliance Infrastructure Ltd, part of Anil Ambani’s Reliance Group. 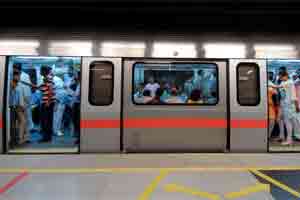 A joint inspection panel that includes officials from the Railways, DMRC and Reliance Infrastructure has so far located faults in?25%?of?the bearings on the line.

Mangu Singh, managing director, DMRC, said the bearings cost ₹ 86 lakh. “Until the inspection is completed we cannot estimate the extent of the damage or the cost. We hope to finish by the end of the month so that the repair work can start." Once the repair is done, the airport line will be tested, after which the Railways will give safety nod before the?line?can reopen, Krishna said.