Bids for 126 fighter jets to be opened today

Bids for 126 fighter jets to be opened today

New Delhi: India is slated to open on Friday the financial bids for a potential $11 billion deal to acquire 126 combat aircraft for the Indian Air Force (IAF). The deal, when it happens, will be one of the biggest arms purchases by the country. 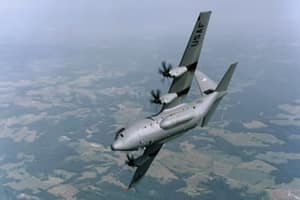 Six vendors—Boeing Co. and Lockheed Martin Corp. of the US, RSK MiG of Russia, Dassault Aviation SA of France, Saab AB of Sweden, and European Aeronautic Defence and Space Co. (EADS), a consortium of companies from Germany, Spain, Italy and the UK—were in the running.

In October, Air Chief Marshal N.A.K. Browne said the defence ministry had completed an exercise to determine the final price.

An official familiar with the matter, who didn’t want to be identified, said Rafale might have a better chance over Eurofighter because India will be more comfortable dealing with a vendor from one than with a multinational consortium.

Former foreign secretary and the Indian ambassador to France, Kanwal Sibal, said the final decision on a “high visibility" project such as this one, will likely be taken on the basis of the technology offered, the final price quoted and the lifecycle costs of the aircraft.

“The technology issue is out of the way. The Air Force has assessed that these two aircraft qualify for their technology requirements. Now the decision, I think, will be based on price and lifecycle cost," Sibal said. “Any departure from these parameters could result in the potential for controversy—that political decisions or factors overrode what was the best in terms of price and technology."

Anit Mukherjee, a defence analyst with New Delhi-based Institute for Defence Studies and Analyses, agreed. “Whichever side gives you a better and a more honest deal on technology transfer should ideally get the deal."

The deal is expected to generate offset opportunities to the tune of 50% of the total forex outgo in acquiring the aircraft. Under its defence procurement procedure, India imposes counter-trade obligations on original equipment manufacturers that are awarded defence contracts worth more than ₹ 300 crore by way of transfer of critical technologies and production of components in India.

The opening of the bids comes amid reports that the US defence department has offered to share with India technology and more on Lockheed Martin’s F-35 Joint Strike Fighter to gain more security cooperation in the face of regional competition from China. Bloomberg reported this on 2 November.

“Should India indicate interest in the JSF, the United States would be prepared to provide information on the JSF and its requirements," the agency quoted the US defence department as saying in a report mandated by the US Congress.

Former Indian ambassador to the US, Ronen Sen, said such reports are speculative. Since the US companies were aware of the criteria for the selection, the credibility of the offer was doubtful, he said.

Mukherjee said India is unlikely to consider the US government’s offer. “The US companies are out of contention. If the government reconsiders the case of any of the US companies involved in the deal, questions on the propriety of the whole process would be raised."

India is already jointly developing a fifth-generation fighter aircraft with Russia. On 4 October, Browne said the IAF was likely to induct 214 such aircraft beginning 2017. In December, the two countries announced a preliminary draft agreement for the aircraft at an estimated project cost of $25-30 billion.