Women in Parliament: the other 270+

About half of India’s Lok Sabha constituencies have never elected a woman, an analysis of elected members of the Lower House shows. It is no surprise then that the Inter-Parliamentary Union, the international organization of parliaments, ranks India’s record of including women lawmakers, who are still at 11% of the house, at 112 among 189 countries. As India elects representatives for the 16th Lok Sabha, Mint takes a look at how the previous 15 Lok Sabha elections have seen the proportion of women lawmakers change. 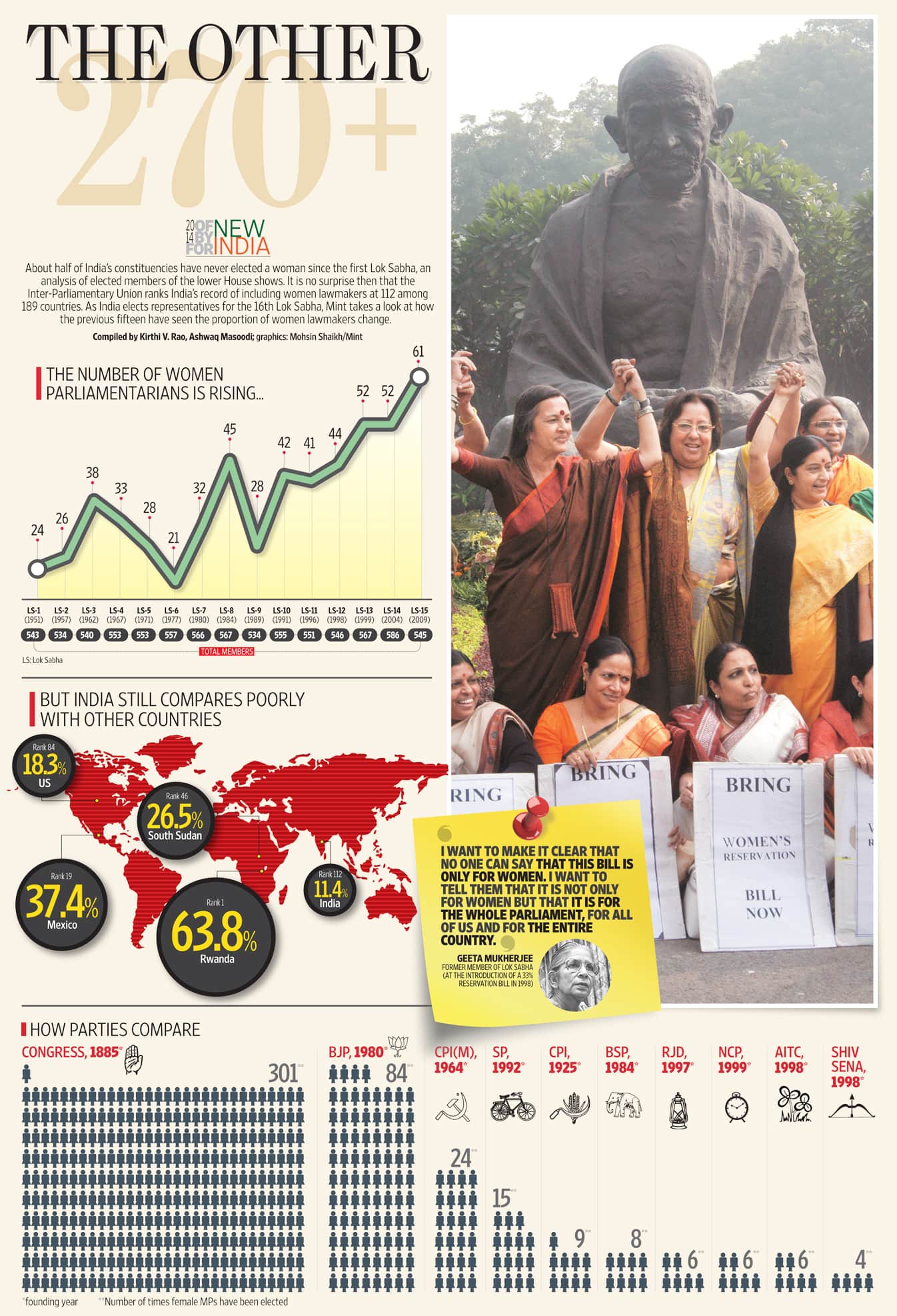