Thanks for Visiting Mint
You seem to have an Ad Blocker on. Please turn it off in order to continue, or whitelist Mint
HOW TO TURN OFF AD BLOCKER
OR
REFRESH IF YOU ALREADY TURNED OFF THE AD BLOCKER
Home >Politics >News >IIT-Madras wins top prize at second JED-i awards

Bangalore: The top overall prize at the second edition of the JED-i Project Challenge was won by the Indian Institute of Technology-Madras. JED-i, which stands for the Joy of Engineering, Design and Innovation, is organized by Bangalore-based engineering education company LimberLink Technologies Pvt. Ltd in partnership with the Indian Institute of Science (IISc) and Mint. 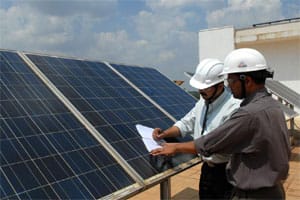 An autorickshaw that uses solar and wind energy, a mobile application that detects if you are under assault...and an unmanned aerial vehicle made in under ₹ 20,000... Watch these innovations made by engineering students being presented at the JED-I project challenge in Bangalore.

The winning entry was awarded with total cash prizes of ₹ 1.5 lakh—Rs 75,000 for getting the first prize in the mechanical engineering category and another ₹ 75,000 for being top overall.

This year, 69 teams from across the country were invited to demonstrate their projects after being short-listed from 220 submissions from 23 states. The awards were given across three categories—computing, electrical and mechanical—and two of the best projects from each were given a first and second prize of ₹ 75,000 and ₹ 40,000, respectively.

The JED-i awards were conceived to strengthen final-year engineering projects and provide an avenue for those who feel trapped in their courses, said Swami Manohar, managing director of LimberLink Technologies. This year’s projects have been much more ambitious than those of last year, with many more multi-disciplinary projects, said Manohar.

In computing, the first prize went to Bangalore-based Nagarjuna College of Engineering and Technology, which had a project on Multirotor Unmanned Aerial Vehicle with GPS navigation and non-sighted object tracking abilities. The second position in the computing category went to a “music orchestra on multi-touch table" project from Jaypee Institute of Information Technology, Noida.

In the electrical category, the first prize went to GH Patel College of Engineering, Anand, for a project on a wearable device for defence robotics. The second prize also went to same college for a project on apparatus and method for gesture recognition.

In mechanical engineering, the first prize went to IIT Madras for the standing wheelchair project, which also won the overall best project prize. The second prize in the category went to PES Institute of Technology, Bangalore for a Braille reader for the blind project.

The JED-i Tally prize for innovation was bagged by Indraprastha Institute of Information Technology, Delhi, for an assault detection system, while the JED-i Mahindra Green prize was won by Vidya Vardhaka College of Engineering, Mysore, for a ground-water treatment project using polystyrene beads.

Mint is a strategic partner of the JED-i Project Challenge.