New Delhi: Although negotiators will meet on 10 February in New Delhi to hammer out a comprehensive trade pact between India and the European Union (EU), an accord may remain elusive. 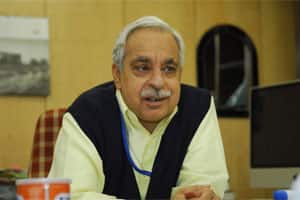 The two sides will hold the annual bilateral summit even as both have conceded an agreement may not be reached.

The absence of free mobility of professionals in the EU is a major hindrance and India is seeking a permanent solution to the issue, said a government official familiar with the negotiations, requesting anonymity.

With a rapidly growing skilled workforce, India now assigns more emphasis on getting market access in services than in goods while signing bilateral trade agreements. In services agreements, India specifically focuses on the clause that allows greater flexibility in movement of skilled professionals. Since the EU does not have a common working visa system, it restricts free movement of an Indian professional across EU nations. The problem arises when a person working in a company has to move from a branch in one country to another branch situated in another country.

While the current Schengen visa system allows free movement of people within signatory countries in Europe, it is essentially a tourist visa meant for short stays and does not allow visa holders to live permanently or work in Europe. Europe is currently debating the adoption of a common immigration policy to provide single working visas for non-Europeans.

The government official cited earlier said European countries should, at least, facilitate the process of granting a visa while a person is still in Europe. The official said India is also unhappy with the EU wanting to put sectoral caps on visas to be granted to Indians. “Are we telling you to sell X number of cars in Mumbai and Y numbers in Delhi? It has to be market-driven. You should open the market and let businesses decide," the official said.

“They are also asking for prior experience, which will completely hurt our professionals. I can agree for architects, but what is the need for such a restriction for an information technology programmer," he said.

The official said Europe also wants access in legal services, which is currently not allowed. “For that, we have to amend the Advocates Act," he said.

The official said India cannot take a legal commitment on what is in the purview of Parliament. “You do not change your law, we will not change our law. If you don’t do it, why should we do what you want?" he said.

The official said Indian can’t sign till the treaty is a balanced one. “If they are willing to have that openness and make the deal balanced, then we should go ahead," he said.

Commerce secretary Rahul Khullar declined to comment. “As a matter of principle, India does not negotiate through the media," he said.

Talks for the Bilateral Trade and Investment Agreement between the two sides started in 2007. Both sides have missed at least four deadlines to complete the negotiations. The EU said in a statement on 16 January that talks between India and the EU to conclude a free trade agreement (FTA) have reached their “final, critical stage". The statement was issued after the conclusion of talks between Indian foreign minister S.M. Krishna and EU high representative for foreign and security policy Catherine Ashton in Bangalore. “It is expected that the summit will endorse a tight road map for conclusion (of the FTA) in the coming months," it said.

Arpita Mukherjee, a professor at the Indian Council for Research on International Economic Relations, said that “if sectors such as retail trade are sensitive to us, then movement of professionals is a more sensitive sector area to them given the current economic situation in Europe".

Europe wants access in services such as postal and courier, legal, banking, insurance and retail trade. “Why can’t we give a commitment in express delivery service?" Mukherjee asked.

Biswajit Dhar, director general at Research and Information System for Developing Countries, said India should press for measurable access in services. “For us, services is the crucial issue. Despite the sensitivities involved, we have shown movement on the issue of tariff reductions in sectors like automobiles. EU cannot say, in goods it will take it unilaterally and it wants balanced deal in services."

Dhar said it is important for both sides to remain engaged and wait till the time there is greater stability for more give and take.