Opposition by the Department of Industrial Policy and Promotion (DIPP) to the investment proposals had delayed the clearance of such proposals by almost five months.

DIPP had cited public health concerns and the impact that acquisitions of Indian pharmaceutical companies by overseas companies could have on the availability of low-cost medicines. 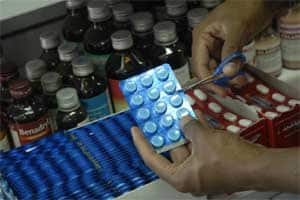 Two new proposals by Advanced Enzyme Technologies Ltd and the UK-based Dashtag were deferred since the health ministry had not scrutinized the proposals, according to a senior government official who attended the FIPB meeting. The official declined to be named.

An inter-ministerial group set up by the finance ministry had resolved that investment proposals resulting in an equity holding higher than 49% in an Indian pharma company would need FIPB approval. The group also agreed to impose conditions on the continued production and sale of essential medicines by the companies in which the investments are made and placed a similar condition on research and development spending.